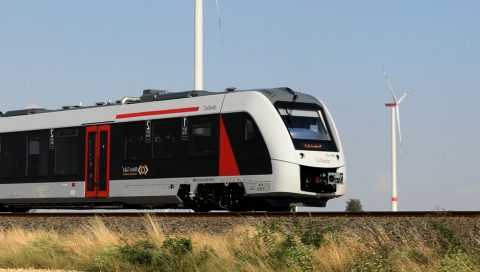 Abellio Germany is in financial trouble. Without intervention, the losses of the operator, a subsidiary of Dutch Railways NS, could rise to 30 – 50 million euros per year. That is why, under the supervision of the court, the rail operator is being restructured. Dutch Financial Minister of Finance Wopke Hoekstra, wrote this in a letter to the parliament.

The Dutch Ministry of Finance is the sole shareholder of NS. The minister speaks of “an unacceptable perspective”, because the various concessions in Germany will continue for another eight to twelve years. This makes it impossible to guarantee the continuity of the NS subsidiary and, moreover, this does not serve the Dutch passenger. “The activities of NS abroad must contribute to the interests of Dutch passengers, through better international connections and cross-border traffic and through a positive financial result.”

NS has been active in Germany with Abellio since 2008, currently with 286 trains on 51 lines in nine federal states. With approximately 3,000 employees and more than 275,000 passengers a day, it is an important player in the German rail market. In a statement, Abellio Germany says: “In order to secure our company, and thus also our service for our passengers, in the long term, we placed ourselves under a legal protective umbrella on June 30th”. They emphasised that for their passengers, nothing will change at the moment.

The British branch of Abellio, which is active in the UK since 2002, is also under pressure. There, government under Boris Johnson is partially reversing the much-criticized liberalisation of rail transport. Earlier this year, the contract with Abellio running ScotRail was terminated, and a new public sector body will be running ScotRail.

Abellio’s financial problems are largely due to external factors. This concerns, for example, higher personnel costs due to new collective labor agreements, but an increase in rail work also entails additional costs. In addition to spending on replacement transport, this also means that performance agreements such as punctuality are not met, resulting in fines.

The restructuring of Abellio Germany has started, under the supervision of a court. An external restructuring expert has joined the management team and is guiding the process. The dependence between the various companies is broken, making it possible to find a solution for each concession. That should provide clarity within about six months.

Abellio will receive a loan of 70 million euros from NS for the restructuring. This replaces a previous commitment of the same amount. The Ministry of Finance – as the sole shareholder of NS – has approved the restructuring and financing decision. This was done “with a view to the interests of Dutch travelers and taxpayers”, according to Hoekstra.

Should the restructuring fail or if the financing is no longer sufficient, formal insolvency proceedings must be initiated in court under German law. This means that the control of Abellio Germany is taken over by an administrator or curator.