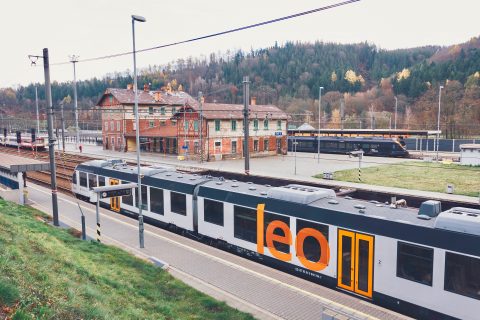 Renfe is finalising the process for the acquisition of 50 percent of the stakes of Leo Express, a private Czech railway company. This will allow activity in the Czech Republic, Slovakia and Poland, and have the resources and licenses to access to the German market. The operator is in the authorisation process of the Ministry of Finance.

The aqcuisition of stakes in Leo Express by Renfe will not exceed half the capital of the Czech railway company. It constitutes a strategic business opportunity for Renfe, which seeks to establish alliances and open new business routes outside the Spanish national market.

With this, Renfe is continuing its internationalisation process as outlined in the Strategic Plan of the Spanish operator. The acquisition of part or all of an existing company is a formula that many of the large European operators have made at some point to enter other markets. The option requires less time for implantation compared to organic growth. In addition, investing in a company that already has a business development is a more affordable and less uncertain bet than having to face the necessary costs to establish from scratch.

Leo Express is a private company that began operating in the Czech Republic in 2012. Since then, it has been extending its services in countries such as Slovakia and Poland. They were also awarded Public Service Obligation (PSO) tenders in the Czech Republic itself, which is one of the areas where they want to grow. In Germany,  they have been operating for FlixTrain since 2017, a long distance open access service between Berlin and Stuttgart.

Following the process of liberalisation of the railway sector through the fourth Railway Package, Renfe has set itself the objective in its Strategic Plan to achieve a greater degree of internationalisation of the company. This will allow the operator to immediately opt for PSO tenders in Germany, the Czech Republic and Poland, with local implementation capacity, experience, equipment, and references in those countries themselves. This is a great advantage and often essential to be able to compete.

Renfe would also be better positioned to access the high-speed projects planned in the region. The Czech Republic, Slovakia and Poland are three countries that still have a lot of potential for the development of their transport infrastructures. For example, in Czech republic the design contract for a high-speed line was awarded in the beginning of this year.

In France, Renfe continues to opt for PSO services in the short term. On the medium term, they continue to prepare its high-speed ​​project with two AVE lines between Lyon and the cities of Montpellier and Marseille. Likewise, Renfe continues to opt as a shadow operator for the Baltic Rail project promoted by Estonia, Latvia and Lithuania. This project will unite the main cities of these three countries from 2026 by means of a high-speed train of 870 kilometres.

The US and Middle-East

This operation of aquiring stakes in Leo Express represents a leap forward in Renfe’s internationalisation, after the operator was awarded the development of the Mayan Train in Mexico last December. In February a year ago, Renfe also won a contract to operate the AVE between Dallas and Houston, in what has so far been the largest award ever achieved by a Spanish public company abroad. On March 31, the railway company will begin commercial operations of the Mecca AVE, expanding its reeach to the Middle-East.