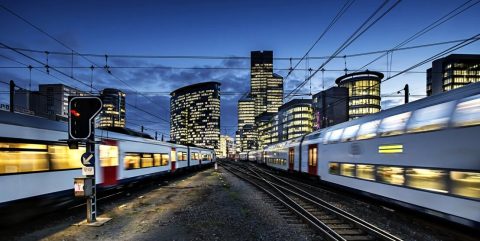 The Europe’s Rail partnership, the successor to the current Shift2Rail Joint Undertaking, has been officially announced by the European Commission as part of a proposal for 10 new European Partnerships under the Horizon Europe research programme. All ten partnerships share the objective of achieving a climate neutral and digital Europe, and in total 10 billion euros is provided by the EU.

The Europe’s Rail Joint Undertaking will build on the successful results of Shift2Rail’s work with its members and partners to speed up the development and deployment of innovative technologies. It will focus on digital innovation and automation to achieve the transformation of the rail system needed to deliver on the European Green Deal objectives. By improving competitiveness, it should support European technological leadership in rail.

Recent examples which Shift2Rail carried out together with members and partners are the testing of European Digital Automatic Couplers in Germany and Sweden, as well as ATO development in the United Kingdom and Switzerland.

Commenting on the new partnerships, Adina Vălean, Commissioner for Transport, said: “EU partnerships will have a central role to drive the twin green and digital transition for the mobility and transport sector.” She further highlighted that “we need to develop and deploy cooperative, connected and automated mobility, and enable a more efficient and modern traffic management.”

“The results achieved by Shift2Rail thanks to the commitment of its members have paved the way for the Commission’s proposal on the new rail Research & Innovation partnership”, added Carlo Borghini, Executive Director of the Shift2Rail Joint Undertaking. “It is a strong recognition of the work achieved so far and signals the major contribution expected from a transformed railway for sustainable and smart mobility. We look forward to this new challenge and to delivering on these high expectations under Europe’s Rail partnership”.

Horizon Europe is the new EU research and innovation programme for 2021-2027. The goal is to speed up the transition towards a green, climate neutral and digital Europe, and to make European industry more resilient and competitive. The EU will provide nearly 10 billion euros of funding that the partners will match with at least an equivalent amount of investment.

The first meeting of candidate founding members of the future Europe’s Rail partnership took place last month. The Council will now study the European Commission’s proposal and engage in consultation with the European Parliament and Economic and Social Committee to finalise it. The proposal for a Regulation, the Single Basic Act, establishing the new joint undertakings is expected to be adopted during 2021.