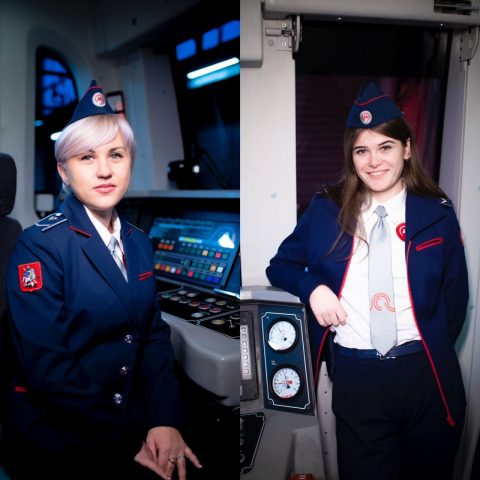 Female metro drivers back on Moscow lines after decades of restriction

On January 3, the first female metro driver since several decades ran a metro train on the Filyovskaya line in Moscow. For women, it was impossible to get hired as a metro driver since the 80’s. A controversial governmental resolution prohibited it along with 355 other professions, and that resolution has been replaced by one with a shorter list. “We are finally able to give women the opportunity to undergo training and get on the metro line”, said Moscow’s deputy mayor Maxim Liksutov.

Twenty-five women joined Moscow’s metro network on 1 January 2021, of which twelve completed a training and are ready to work in the passenger service. The Russian capital’s metro stopped hiring new female drivers in the early 1980s, when the All-Union Central Council of Trade Unions issued a decree prohibiting women from working as machinists and assistant train drivers. Since 2000 it was also forbidden by a governmental resolution, because the professions was ”. The last female driver left the service in 2014.

“Many employees of the Moscow metro have long expressed interest becoming a metro driver, and now we are finally able to give women the opportunity to undergo training and get on the line”, said Moscow’s deputy mayor Maxim Liksutov. “The women will work on one of the most modern lines, Filevskaya, the open area of ​​which has been completely reconstructed. We are glad that both men and women can operate metro trains on equal terms”

The profession of metro driver was included on a list of 356 jobs that were ‘too dangerous for women’ in a governmental resolution from 2000, which is now replaced. On July 18, 2019, the Ministry of Labor and Social Protection of the Russian Federation issued an order shortening the list of professions in which women’s employment is restricted from 356 to 100 jobs. The ministerial order took effect on January 1, 2021.

While legislators were positive in their assessment of the shortened list of restricted occupations for women, Oksana Pushkina, deputy chair of the State Duma (lower legislative chamber) Committee on Family, Women and Children, called for the abolition of the list of prohibited professions for women, stating that the list “ignores scientific and technological progress and rather protects well-paid jobs for men.”

The occupation of metro driver was not always exclusive for men, writes Pavel Kovalev, Deputy Head of the Moscow Metro for Personnel Management in a blog. In 1935, Zinaida Troitskaya became the first female driver of a steam locomotive in the USSR. Soon, the metro followed and at the end of 1936, there were already three first female drivers in the Moscow metro. In 1945, Zinaida Troitskaya was transferred from the railway system to the metro, who had a successful career and became the General Director of Traction of the III rank. After the war, many women worked as machinist assistants and machinists.