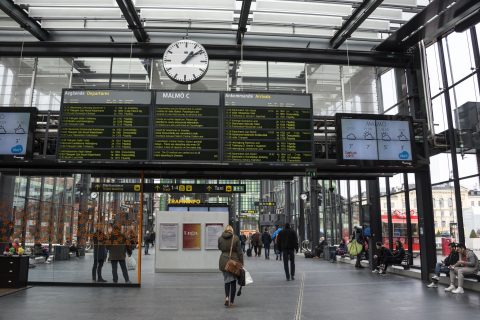 Swedish transport authority Trafikverket has recently published a tender for a night train connection between Sweden and the European mainland. Starting in 2022 the train will connect Malmö and Stockholm to Brussels and Hamburg. This is reported by several media.

The train service is planned to start in August 2022, and the search for an operator for the trajectory has started. The chosen operator will get a contract to exploit the route for four years, with a possible extension of two years until 2028.

Trafikverket reserves the right to suspend the procurement process if it is unable to come to an agreement with the operators regarding the extension from the Denmark-Germany border to the services’ final destinations Brussels and Hamburg. This is also the case if the full journeys are not possible within the specified travel time.

The plans for the night train were approved by the Swedish government in July. Earlier, the country announced that it will invest four million Swedish kronor (38 million euros) in international night trains. The precise costs for this night train have yet to be determined. A proposal will be sent to the Swedish parliament for approval on 20 september at the latest.

Not everyone is happy with the tender of Trafikverket. Among others, private Swedish rail operator Snälltåget has criticised the plans. The operator also wants to exploit a night train between Stockholm and Malmö to Hamburg and then the skiing area Zell am See in the Austrian Alps. When a government-financed company will operate on the same railway line it would compromise their competitive position.

AllRail, the association for private rail operators is also skeptical about the plans: “Fair conditions must be created for private night train operators to enter the market”, says AllRail secretary general Nick Brooks. “With the efficiency and innovation that competition induces, there will be modal shift to rail at night time. Not only will this benefit the EU Green Deal, but it will mean less reliance on taxpayer subsidy.”