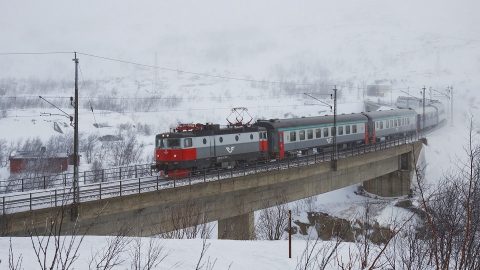 Sweden is planning to improve its rail connectivity with other European countries. The night train from Malmö to Brussels via Cologne could be launched in two or three years. To do this, the Scandinavian country should adjust the conditions with Germany, Denmark and Belgium as the countries concerned.

Last summer, Sweden’s rail infrastructure manager Trafikverket commissioned research in order to investigate the conditions for government procurement of night train traffic to European cities. At the end of this April, the government agency published the final report related to this issue. According to the document, the Malmö-Cologne-Brussels route has been identified as most suitable for moving forward with a possible procurement of night train services to the European continent. This train link could be launched as early as 2022-2023.

“When we partly reported the government assignment in January, the Malmö-Cologne connection was proposed. As we have deepened the investigation, we have seen that it is possible to extend the route to Brussels. Traffic to Brussels is judged to be more complex, based on capacity and technical aspects, than just reaching Germany, but still possible to implement. Agreements with the countries concerned are a prerequisite for progress in this matter,” noted Anna Fällbom, Head of Contracts and Financing Department at Trafikverket.

Currently, Sweden has only seasonal train connection to the German capital of Berlin. This service has been providing by Snälltåget, a subsidiary of Transdev, since 2012. The company’s train runs directly to Germany by using the Trelleborg – Sassnitz ferry link of Stena Line. Snälltåget provides the Malmö – Berlin connection without any state subsidies.

During recent years, the company notes an increase of popularity of this international night train among the passengers. Usually, the Snälltåget’s train runs between Malmö and Berlin three times a week. Before the coronavirus outbreak in Europe, Snälltåget considered the possibility to make the connection daily. It is worth to recall that the state-owned railway company SJ provides the cross-border services only to Norway and Denmark.