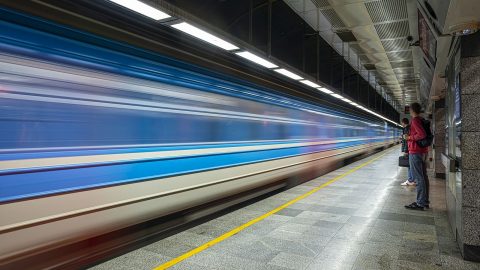 To improve the connectivity within the Belgrade urban area, the city authorities are working on the extension of the S-Bahn-like railway network known as BG Voz. In September the BG Voz’s third line was launched to link the centre of Belgrade with the southeast suburbs. On mid-December, the fourth line will be added to BG Voz for connecting the city core with the southwest and northeast suburbs. The airport rail link is also planned within the BG Voz network.

The September extension has connected the Belgrade Centre railway station with the town of Mladenovac, located in 53 kilometres from the capital core. It is the longest line for the BG Voz network. It was open for the regular service on 1 September. At the same time, the December extension will be a little bit longer than the previous one. It will connect the town of Lazarevac, situated in over 60 kilometres southwest from Belgrade, with the Resnik railway station on the south of the Serbian capital. Also, the fourth line will have an extension to Ovča suburban settlement on the northeast of the city. As a result, there will be two services on the route: the shorter one will be on the Lazarevac – Resnik section while the longer one will be on the Lazarevac – Resnik – Belgrade Centre – Ovča section.

The future of the BG Voz development includes the rail link to Belgrade Nikola Tesla Airport. In order to provide this link, the new railway line from New Belgrade station to the airport should be constructed. This line will be also extended to the planned National Stadium of Serbia that will be built in four kilometres from the airport in the municipality of Surčin. According to the preliminary estimations, the project is valued at 20 million euros. Currently, Serbia is negotiating with RZD International, a subsidiary of Russian Railways, on its participation in the project.

Besides the airport rail link, the BG Voz network could be also extended to the cities and municipalities that do not belong to the City of Belgrade. Among the potential directions for the new routes is the connection to the city of Pančevo, the ninth-largest city in Serbia that is located in less than 10 kilometres from the Ovča railway station. The authorities of Belgrade and Pančevo are discussing the possibility to prolong the route of Line 1 (Batajnica – Belgrade Centre – Ovča) to Pančevo. There is a railway between the stations of Ovča and Pančevo but it needs to be upgraded.

The S-Bahn-like network was launched on 1 September 2010. Initially, it had the five-stop route between the stations of New Belgrade and Pančevo Bridge in the central part of Belgrade. In the next five year, this route was extended to Batajnica station on the west and Ovča station on the northeast. The second line was opened in April 2018. It provides the north-south service between the stations of Belgrade Centre and Resnik.