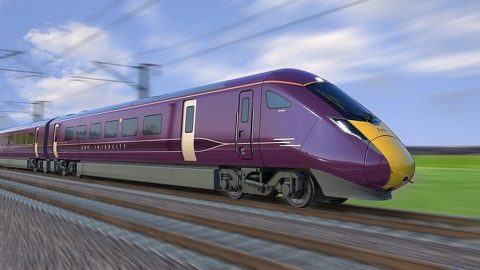 The new train company will run the East Midlands franchise for at least eight years, until 21 August 2027. During this period, Abellio intends to invest 600 million British Pounds (around 656 million Euros) in the purchase of new trains and refurbishment of the existing rolling stock. The company has already ordered 33 bi-mode five-car trains from Hitachi. The new type will be introduced into service between London and Corby by 2022.

Moreover, EMR will take full advantage of the governmental investment in the railway infrastructure (both station and tracks). This is valued at 1.5 billion British Pounds (more than 1.6 billion Euros). All the measures will provide passengers with more comfortable journeys in the East Midlands and parts of Yorkshire.

Abellio is fully owned by the Dutch national railway company Nederlandse Spoorwegen (NS). EMR has become the company’s fifth train operator in the UK. Since 2003 the Dutch company is operating Merseyrail, a partially underground commuter rail network in Liverpool, via its joint venture Serco-Abellio formed with a British partner Serco.

In February 2012 Abellio has obtained the East Anglia franchise and incorporated Greater Anglia as its operator. The latter provides the commuter services on the Great Eastern Main Line and West Anglia Main Lines in England. Since 2017 Greater Anglia is owned by Abellio jointly with Japanese company Mitsui (60 and 40 per cent respectively). West Midlands Trains, the Abellio’s another train operator, is also owned together with Japanese partners – JR East (15 per cent) and Mitsui (per cent). This company is running in the UK since December 2017. In April 2015 Abellio entered Scotland by taking over the ScotRail franchise. The service is provided via Abellio ScotRail.