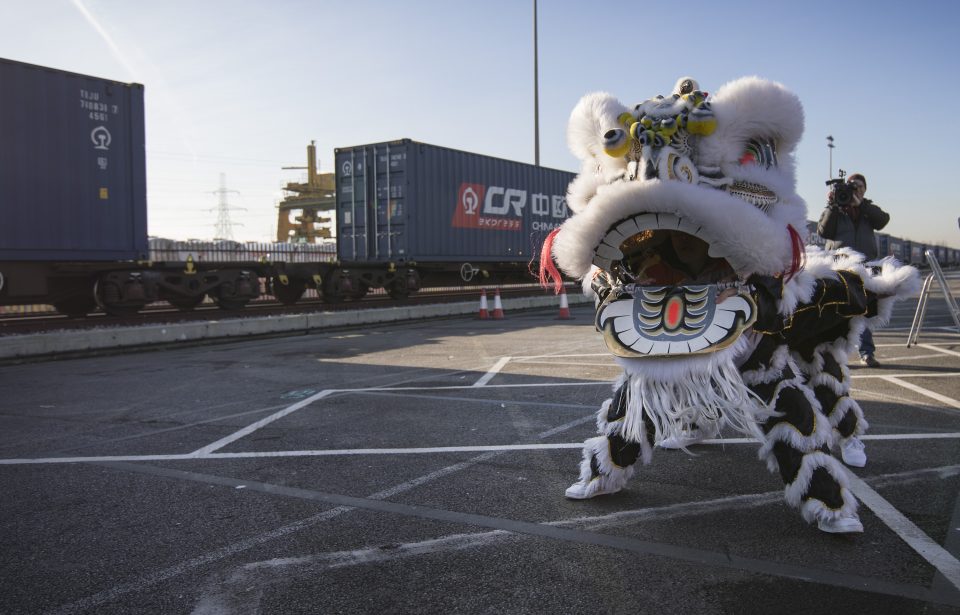 Deutsche Bahn (DB) and China Railways (CR) will strengthen their cooperation in several areas. The companies will extend their exchange of knowledge to new, innovative technologies for railways.

The CEO of DB Richard Lutz and the President of China Railways, Dongfu Lu, signed a cooperation agreement on 13 November in Berlin. The development of transport across the Eurasian land bridge is a good example of the successful cooperation between the companies, pointed Lutz out. “We expect 90,000 containers on our China trains in 2018.”

The two companies have been cooperating for many years. Since 2016, three main aims were indentified: the expansion of rail freight traffic between China and Germany, DB’s consulting services for the CR in the maintenance of high-speed trains and support for Chinese infrastructure projects in third countries.

Cooperation on rail freight between the countries started in 2008, when the first train was hit the 10,000-kilometre long rail link, the longest in the world. In 2016, traffic volumes amounted to 30 thousand containers, and in 2017 this number grew to 80 thousand. The target of the companies is to see the movement of 100 thousand containers per train between China and Germany.

CR and DB also want to collaborate on the development of infrastructure projects that fit within the Belt and Road initaitive. DB brings in its expert knowledge here, the company pointed out. Meanwhile, China is planning to invest over 300 billion Euros in the project over the next few years.

Another field of cooperation is high-speed rail traffic. CR operates an approximately 16 thousand-kilometer long high-speed rail network with a fleet of 1,200 trains. DB wants to support this with maintenance and servicing. At the same time, DB can learn from the experience of the extremely high mileages of the Chinese high-speed trains, and, draw conclusions for the maintenance of the DB fleet.

DB has been active in China since 1966. The German company has participated in the construction of the Shanghai Metro and Transrapid, as well as in the development of the high-speed network. DB Schenker employs over 5,000 people in the country. Since 2015, DB also maintains a purchasing office in Shanghai.