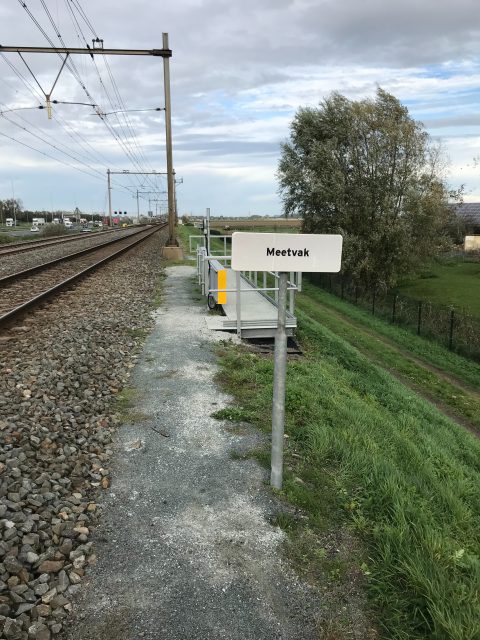 Published on 27-12-2022 at 10:10
WILD measurements are used to determine charges for operators, as well as to inform companies about the technical state of their rolling stockvoestalpine Signaling Siershahn GmbH

Dutch infrastructure manager ProRail will replace its Quo Vadis measurement system on its tracks. 20 years of age, the system has reached the end of its lifecycle. voestalpine Signaling Siershahn GmbH, a subsidiary of voestalpine Railway Systems, the global market leader for railway infrastructure system solutions, has won the contract to replace and expand the measurement sites.

voestalpine Railway Systems will install its MDS WDD/WIM Wheel Impact Load Detection (WILD) system, with WIM referring to Weighing in Motion (WIM) and WDD to Wheel Defect Detection. With the WILD measuring system, the weight of passing trains and wheel defects can be detected and registered.
The contract calls for the supply and installation of at least 90 measurement systems, as well as the monitoring and maintenance of those systems for the next 15-23 years. The rollout of the installations is expected to take five years. The first MDS WDD/WIM setup was recently installed near the town of Willemsdrop, following a rigorous verification and validation process.

Where the next systems will be installed, has yet to be decided. The stakeholders involved are looking at possibly prioritising sites where the system is urgently required. Thanks to the system approach of voestalpine Railway Systems additional services and products like the necessary clamps can be provided from a single source.

“We are very well acquainted with voestalpine Railway Systems group, and we are delighted that we’ve been able to carry out the validation and verification process in a transparent manner. Now we look forward to moving to the next stage and beginning the rollout of the systems”, ProRail project manager Victor van der Camp commented on the contract.

Wide range of use cases

WILD functions using measurement equipment in and alongside the tracks. The static and dynamic loads of the wheels of passing trains are measured, and this data is subsequently transmitted to the trackside MDS cabinets. From there, the information is sent to the ProRail server for further processing.  WILD measurements are used to determine charges for operators, as well as to inform companies about the technical state of their rolling stock. On top of that, the information can be used for a wide range of use cases such as an early warning system for derailments or in determining whether noise ceilings are exceeded.

The MDS WDD/WIM-system is designed in such a way that users only need limited time following the installation or a deployment elsewhere, thanks to new in-house developed sensors based on the latest optical technologies. The renewal of these important monitoring systems marks a milestone for the Netherlands’ future of safe rail transportation.