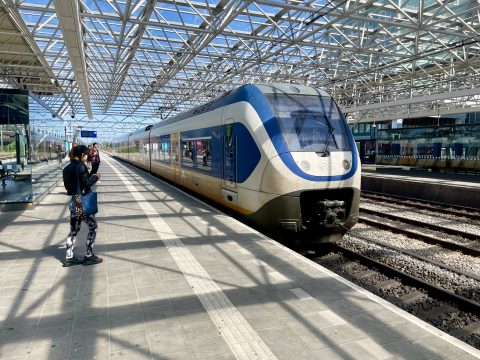 The Dutch government will channel close to 3.5 billion euros towards new rail and other public transport infrastructure projects in the current decade. The investment package is aimed at increasing mobility options, new lines and improving current public transport connections.

One of the key investments will be extending Amsterdam’s north-south metro line to Schiphol International Airport and beyond. Work will also be carried out at the southern tip of the downtown area, also known as the Zuidas business district. The train station there will become a major hub and will also serve as the future departure point for the international Eurostar trains to Paris, Brussels and London.

The Hague, the seat of government, will gain an additional tram line to nearby cities Voorburg en Delft. There will also be additional lightrail services between The Hague and Rotterdam, and in order to improve connections in the Rotterdam-The Hague metropolitan area, four new suburban train stations will be built. The train station at Rotterdam’s De Kuip football stadium, now only used on match days, will be see regular services of up to eight hourly departures.

Other major projects to receive investment include plans for an underground tram line in Utrecht and a major new bridge in Rotterdam on which a tram will also run, forecast to cost 1.3 and 1.5 billion euros, respectively. There will also be a raft of projects in other parts of the country, including in the northern province of Groningen, near Arnhem and in Eindhoven, where much of the high-tech industry is located.

The four provinces of Flevoland, Friesland, Drenthe and Groningen have reached a final agreement with the Cabinet on the financing of the joint project of the Lelylijn. This new railway line will connect Lelystad in the central province of Flevoland via Frysian cities Heerenveen and Drachten to Groningen. The costs involved are estimated at 6 to 8 million euros. The province of Friesland says it is taking into account a provincial contribution of approximately 1 million euros.

The future Lelyline could also connect to the ‘Wunderline’, a project for a faster and improved railway line between Groningen and the Northern German city of Bremen. In June this year, the Netherlands requested that the Lelylijn would be added to the European TEN-T network of important transport links, which increases the chance of receiving co-financing from the EU.

A version of this article appeared on Dutch sister publication SpoorPro.nl

“Faster and improved”, sounds promising – and offensive! (Mostly, releases reveal, that “overhauling”, restoring, etc., is the, defensive, goal…)
Quality matters – and within infrastructure, in particular!
(For current traffic and speed, ” A New Old Railway”, since long, is needed!…)