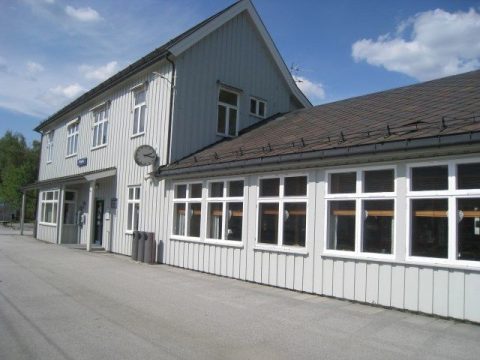 Arctic winters or not, Bane NOR will turn down the heat at 334 train stations across Norway in a bid to save energy. The infrastructure manager will drop the temperature in waiting rooms from 21 to 17 degrees. In some parts of Norway, Bane NOR has seen its energy bill from stations increase by up to 300 percent in the past year.

Bane NOR says it wants to do its part in the face of the “energy crisis” that Europe is currently facing. According to the company, spaces such as waiting rooms at stations account for almost 40 million kilowatt hours of electricity per year. By lowering the temperature, savings to the tune of 4 kilowatt hours can be achieved, which in turn will shave off 13 million krone (more than 1,23 million euros) from the energy bill.

The temperature won’t be lowered across the board at train stations stations, as places such as kiosks and shops – places where people work – need to have a temperature of around 20 degrees.

Other measures includes setting the automatic doors at stations and offices to winter mode, so that they don’t remain open unnecessarily. At offices, too, the temperature will be lowered. For the near term, Bane NOR is also considering dimming the lights and installing additional heat pumps and solar panels. In places where heating cables are installed to melt the snow, shovelling will considered instead.

By far the most energy effective on shore device, but currently not timely, that is reality of railways, now all over.
(Too long “Green Card” is played.)
Redundancy, resilency and Robustness!…, by System, now devastating Bottlenecks, should be the attended!
Electrification, yes, but a timely!
Parametric related cracks at rail…, now attended fy “optimal maintenance”…, soundly and sustainably shall be outed from tracks, timely 2022!
Norway could take Lead, for the urgently needed Shift?