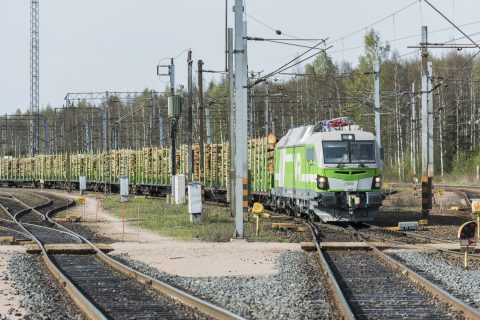 Standard European gauge for TEN-T: ‘not across the board, not at all costs’

The European Commission kicked up a lot of dust in July when it proposed that all new TEN-T railways be built to the standard European gauge. What does that mean for the countries potentially affected by the proposal?

Ireland, another country with a different track gauge (1.600 mm) is exempt from the proposal as it does not have a connection over land to another EU member state by virtue of being an island.

‘Not across the board, not at all costs’

The Community of European Railway and Infrastructure Companies (CER), in its comment on the proposal to German transport publication DVZ, highlighted the cost-benefit analysis aspect of the plans, as mitigating existing lines to the standard European gauge can only happy if economically feasible. Furthermore, domestic interoperability should not suffer as a result of a potential switch.

The International Union for Road-Rail Combined Transport (UIRR) echoed the CER’s message in comments to ProMedia, saying that the standard European gauge might be of use in border areas but that domestically, a complete overhaul would be too much of a good thing.

“It would be a waste of resources to disregard perfectly fine railway cars simply because they were built to a different gauge. We certainly need to keep the existing tracks. That said, in areas where a lot of freight is transported you need to remove obstacles such as different gauges, but not across the board and not at all costs”, a spokesperson said.

The Baltic States have yet to send a clear message on the topic, even though Estonian infrastructure minister Rinna Sikkut has expressed concern about the economic feasibility of potentially making the switch to the standard European gauge.

The same time, work is already underway on a railway line built to the standard European gauge: the 870-kilometre Rail Baltica project. “With a small population and relatively small trade volumes via rail, the Rail Baltica line will probably be more than appropriate”, the UIRR said.

Spain is often heralded as a great example of a country that has learned to cope with different gauges. It has its own 1668 gauge but Spain’s high-speed lines are built to the standard European gauge, the same goes for the lines to France, such as the tracks between Figueras and Perpignan.

The European Commission, too, lauds the Spanish example. “We have the technology available to ensure that a gradual switch to the standard European gauge will only have limited effect on the railway system. The example of Spain shows that once this process gets underway, it will have a positive spillover effect. We believe the switch of the main TEN-T network to the standard European gauge will result in the same positive dynamic”, the commission wrote.

The article was first published by Dutch sister publication NT.

1 comment op “Standard European gauge for TEN-T: ‘not across the board, not at all costs’”

A serious, sustainable, strategy, however, is missing!
(Obstructing Goal of EU…, it is, when very short comings of railways – is justifying extras, “steering” majority, clients of on road transport.)
High capacity and utilisation – of infrastructure, existing railways, etc., etc. – shall be requested by Commission – and provided for – by Industry!
Industry, track bound…, shall prove resilent – has to be with “height”, for shifts to come!
(Rail shall not crack – and brake – as currently…)