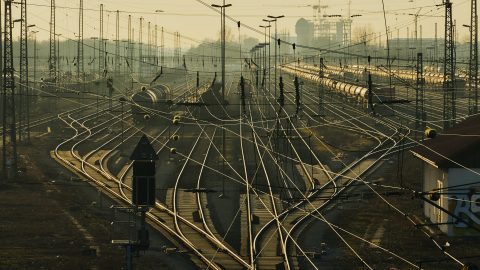 The European Commission wants to beef up Europe’s internal transport connectivity and to that end has suggested that all new railways be built to the standard European gauge. The news came with the proposal announced earlier this week to amend TEN-T legislation to reflect the Russian invasion of Ukraine.

According to the Commission, the war in Ukraine and the subsequent turmoil has highlighted the importance of supply chains and food security, which in turn has put the spotlight on railway connections.

The different track gauge in Ukraine presents “a huge obstacle to interoperability”. The commission says that this issue has made it pay closer attention to the network inside the EU territory, where different track gauges also still exist. “The difficulties at the Ukraine border have highlighted how this lack of interoperability makes the railway network inside EU territory vulnerable”, the Commission writes. The proposal in its entirety can be found here.

For this reason, the Commission proposes that all future railway lines are constructed to the standard European gauge. It also wants existing lines to be switched over to the track gauge of 1,435 millimetres. At present, there are different nominal track gauges in Ireland, Finland, Spain, Portugal and the Baltic states. The new Rail Baltica line is currently already built in European gauge connecting Estonia, Latvia and Lithuania to the European gauge network for the first time.

Additionally, the commission wants to extend the so-called solidarity lanes for the transport of Ukrainian grain and other agricultural goods via rail. “By extending four European Transport Corridors to the territory of Ukraine and Moldova – including the ports of Mariupol and Odesa – our proposal will help improve transport connectivity between these two countries and the EU, facilitating economic exchanges and better connections for people and businesses alike. These corridors will also be a key priority in rebuilding the transport infrastructure of Ukraine once the war ends”, Commissioner for Transport Adina Vălean said.

“Our efforts to facilitate the export of grain from Ukraine via the Solidarity Lanes have also demonstrated the importance of interoperability within the transport system, and reinforced the need to increase convergence within the EU network, making it more resilient and strengthening the internal market”, she added.

As modes, by sea, by air etc. – and for Goal of EU… now, sooner the better, a decisive “beef up”, of connectivity, has to be!
Sustainable it is not, that short comings, now plaguing customers of railways, the minority, is Excuse, as currently – for extras – on EU majority…
For sake of edge, strategy, of majority, is On Demand… (Punctionality is a must!)
All over, infrastructure of railways, now, need a decisive upgrading! Min. 35 ton, safely allowed axial load, etc., hereby suggested is.