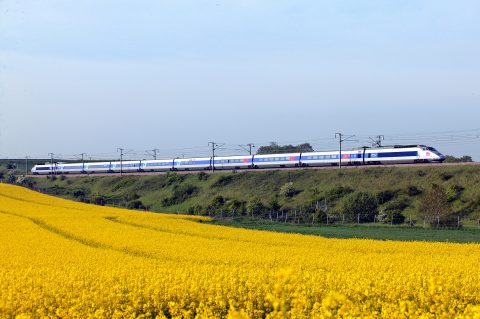 French railway manager SNCF Réseau is carrying out signalling modernisation work on the Paris-Lyon line between Fain-lès-Montbard and Nuits-sous-Ravières. The works, which began at the beginning of the year, will be completed by the end of 2025.

The modernisation work on the Paris-Lyon line will take multiple years to finish. In 2022, the project will involve modernising the signalling over 24 kilometres at a cost of 14.7 million euros, financed by SNCF Réseau.

The electrical, telecom and energy installations will be modernised. In total, 215 kilometres of electrical cables will be rolled out and 21 new technical centres installed. The old technical buildings will be demolished.

This year, six companies will be involved in the works, among them Alstom, Guintoli and TSO. On average, 50 employees will be working on the railway line each day. Other modernisation work on the same line caused major disruption on the weekend of 19-20 March, and will also on 26-27 March.

The signalling modernisation is part of the French government’s plan to revitalise the rail sector, which was presented in September 2020 by Transport Minister Jean-Claude Dupuis. 4.7 billion euros will be invested, the majority (4.1 billion) in the railway network. The end goal is to increase the modal share of the rail in transport.

Next to modernising major railway lines such as Paris-Lyon, SNCF will also invest in smaller lines in the regions so services can be increased in less densely populated areas. Finally, the modernisation and regeneration of the rail network aims to develop rail freight transport in order to better serve companies, logistics platforms and ports.