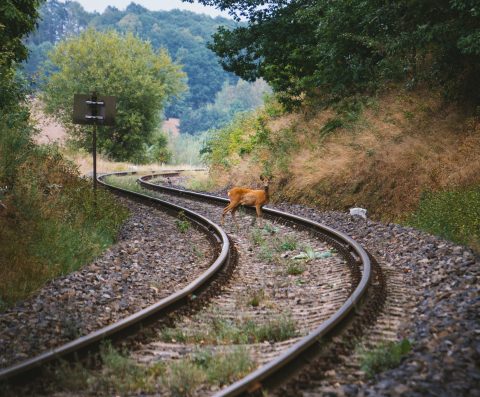 SNCF Réseau will be deploying five additional so-called Strail Grid installations in France in an ongoing effort to reduce wildlife collisions. The company counted 121 such incidents last year, resulting in 332 hours of delays in the Bourgogne-Franche-Comté alone.

To reduce wildlife collisions, SNCF Réseau uses a system called the Strail Grid, which is positioned along the tracks. The anti-intrusion system features a staggered alignment of spikes designed to prevent animals from coming onto the tracks.

A further five Strail Grid installations are planned for this year at the following locations:

Wildlife collisions are one of the major challenges for SNCF Réseau. Last year, the incidents affected 685 trains, and the company puts the annual costs for the TER (regional trains) in Bourgogne-Franche-Comté at around 1.2 million euros. The full suite of measures to limit wildlife collisions, which generally also includes a fence on either side of the track, will cost SNCF Réseau 4.6 million euros over a five-year period, with an additional 540,000 euros each year for maintenance and monitoring.

Studies into wildlife incidents were carried out by SNCF Réseau from 2011 to 2019, which revealed September through January as being the most accident-prone period. Furthermore, collisions were mostly recorded at dawn or dusk.

Several sensitive routes were identified in Bourgogne Franche Comté: the Paris – Dijon route, the Paris – Clermont line and the Dijon – Belfort route. A field study then identified 40 location most suited for interventions. These include adding vegetation, arrangements to direct animals towards underpasses and taking measures to avoid animals getting stuck on or along the tracks. The locations feature a wildlife camera trap and are monitored for a period of five years to assess the effectiveness thereof.