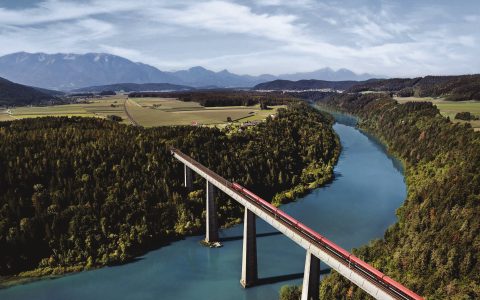 ÖBB is planning large investments in several regions of Austria to improve the rail infrastructure. Many electrification projects, as well as some double track expansions and station renewals will happen in 2022.

The Austrian railways plan to invest several hundred million euros this year in rail infrastructure alone.”Investments in the railway are investments in the future. This year we have decided to launch the largest railway expansion programme in the history of our republic”, explains Leonore Gewessler, Federal Minister for Climate Action, Environment, Energy and Mobility.

Amongst other projects, the new Koralm railway, a double-track, electrified, high-speed railway currently under construction, will see important steps this year. It will connect the cities of Graz and Klagenfurt, and is expected to be operational in 2025. Travel time between the two cities will be 45 minutes after completion.

The year 2022 will bring a quality boost for the lines and stations in Vienna, Lower Austria and Burgenland. The ÖBB want to invest 870 million euros to create the conditions for better connections that will benefit not only long-distance travellers, but above all daily commuters. The route between Vienna and Bratislava in the neighbouring country Slovakia will be expanded, electrification and a selective double-track expansion with a timetable change will be completed in December 2022.

Two thirds of rail passengers travel in the eastern region. This is one of the many reasons to focus on the expansion of the railway infrastructure in Vienna, Lower Austria and Burgenland. For the Greater Vienna area, 2022 and the years beyond will be marked by securing and expanding the quality of local transport. In order to achieve this, ÖBB is planning to work at full speed on the four-track extension of the southern line from Meidling to Mödling in 2022 and on making the connecting line between Hütteldorf and Meidling more attractive, which will enable the S80 to run every 15 minutes between Vienna Hütteldorf and Vienna Aspern North.

The newly rebuilt Matzleinsdorfer Platz station will go into operation in April, and work on the Franz-Josefs station is progressing according to plan. The platforms at the Wien Haidestraße station will also be renewed in 2022. In Burgenland, ÖBB will continue investment projects in existing and new railway lines, which will provide better connections in and to Burgenland, such as the electrification of the Styrian Eastern Railway (Jennersdorf – Graz) and the Mattersburg Railway (Wr. Neustadt – Loipersbach-Schattendorf).

In the longer term, the project “Flughafenspange” (start of construction planned for 2025) between Vienna Airport and Bruck an der Leitha/Bruckneudorf will provide fast connections from northern Burgenland and eastern Lower Austria to Vienna Airport and the city of Vienna. The plans for the airport bypass are expected to be presented to the public in spring 2022. 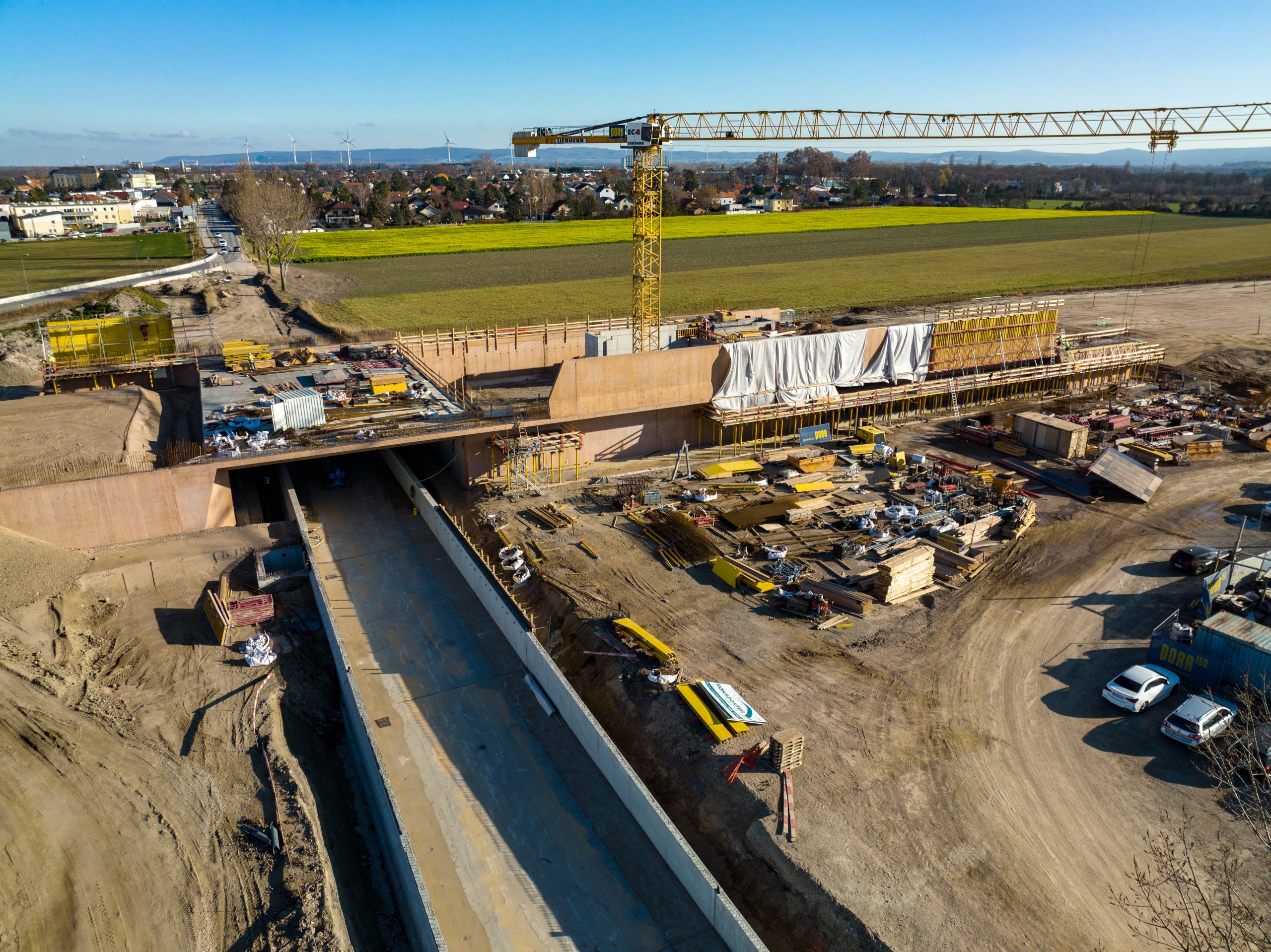 ÖBB invests 349 million euros in Carinthia (Kärnten) this year, a region in the south of Austria. The new southern line will be in the spotlight in 2022: on the Carinthian side of the Koralm Tunnel, the technical equipment of the railway will start this year – and important step for the 130 kilometre long Koralm Railway. At the same time, the new railway station in St. Paul im Lavanttal is taking more and more concrete shape.

For more than 100 years, ÖBB has been producing clean energy from hydropower at the Obervellach site. However, the existing power plants Lassach and Obervellach have reached the end of their technical lifespan, which is why the Obervellach II power plant is being built, which will generate traction current “Made in Carinthia” in the future. The new power plant will increase the annual energy production from approx. 92 GWh to approx. 125 GWh. 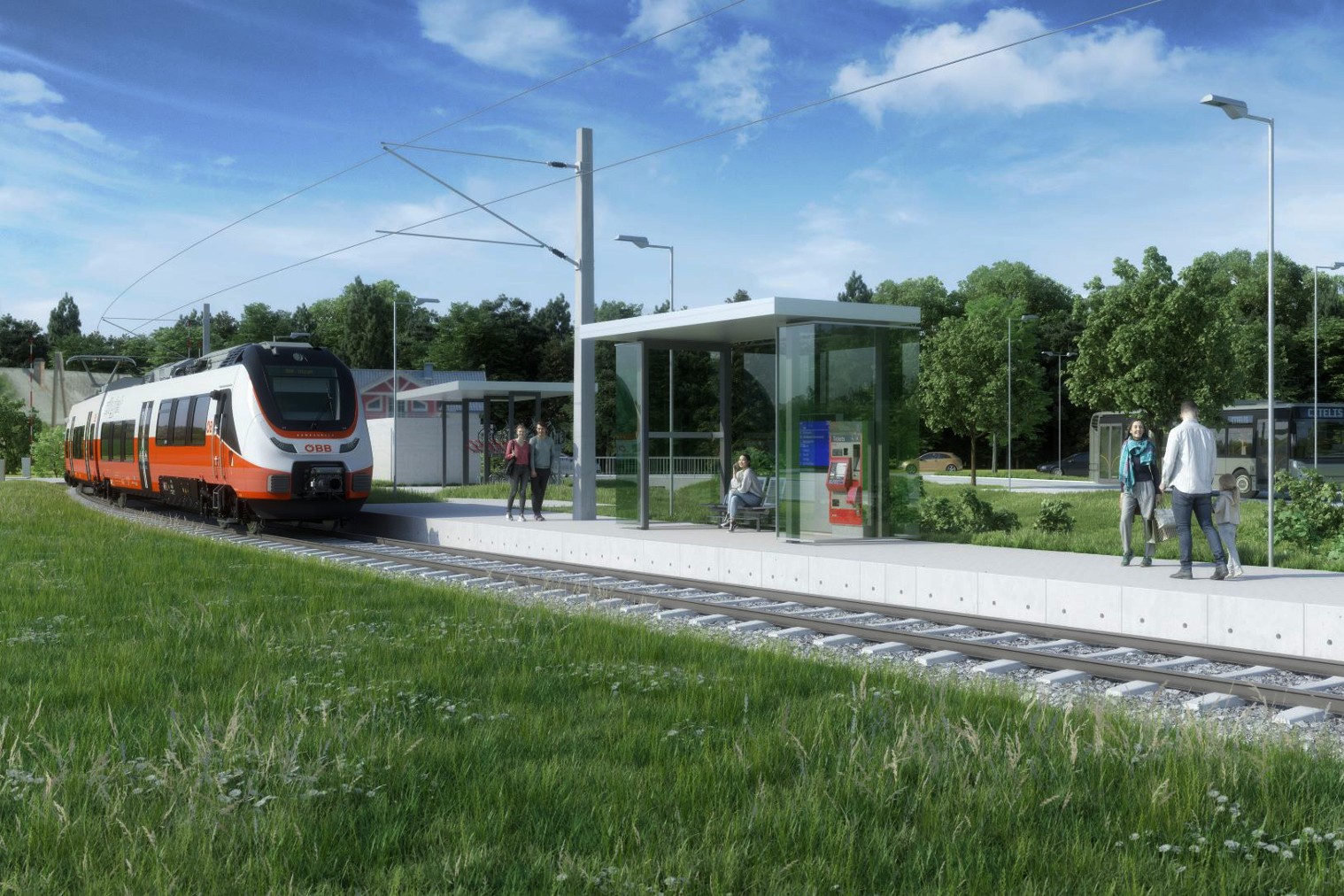 On the Styrian side, at the new railway station in western Styria (Steiermark), work on the station building and the ancillary facilities will start in 2022. A new maintenance base will also be built at Werndorf station from the beginning of the year.

In the area of Graz Airport, work will continue on the new underground line in 2022 – more than half of the shell has already been completed. In addition, a new bridge over the A2 is being built.

Work on the Semmering Base Tunnel is also progressing rapidly: currently, more than 80 percent of the 27.3-kilometre-long tunnel has been dug. The first tunnel boring machine, “Ghega”, successfully completed its work in December, and the second tunnel boring machine is nearing completion in Fröschnitzgraben Ost. By spring 2022, all four drives in the Fröschnitz should be completed, and the tunnel will be dug from a total of 14 locations.

By 2028, the line between Graz Ostbahnhof and the Hungarian state border will be equipped with the 15kV catenary. The planning for this is already in full swing. The Ennstal line will also be modernised from 2023 – the first submission plans are already being worked on. The planning work for the double-track extension between Werndorf and Spielfeld-Straß has also begun.