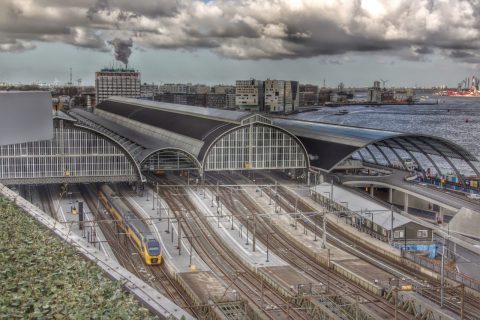 It will not be possible to speed up the train connecting between Amsterdam and Berlin by half an hour from 2024. The journey time will not be reduced until 2026 at the earliest and until 2030 at the latest. The delay is the result of a revised lead time for infrastructure modifications.

The news of the delay comes from a parliamentary letter from Dutch outgoing State Secretary Steven van Weyenberg (Infrastructure and Water Management). In the summer of last year, rail operator NS presented the plan to reduce the journey time to Berlin from 6 hours and 22 minutes to 5 hours and 50 minutes by 2024. However, infrastructure manager ProRail’s exploration of the infrastructural measures required to achieve this has thrown a spanner in the works.

Acceleration can be achieved through a combination of infrastructural measures, timetable adjustments and the purchase of new rolling stock to connect to the new and faster train path in Germany. For instance in the Netherlands, Oldenzaal station needs an extra platform, and Deventer station needs to be adapted. Measures are also needed to increase the speed between Hengelo and the German border from 125 to 140 kilometres per hour.

Each of these adjustments requires a planning procedure. This means that the previously estimated lead time of four to five years has been adjusted to five to nine years. “Acceleration on the basis of the original plans by 2024 is therefore no longer feasible”, says Van Weyenberg. Depending on the measures chosen, the aim is now to realise the project between 2026 and 2030.

ProRail has been asked by the Ministry to further develop the planning. In addition, NS and ProRail have started to investigate whether and how the acceleration can still be realised – either partially or not – by means of a temporary and/or phased solution. This involves looking at solutions in the timetable, the infrastructure and the rolling stock.

This study and possible scenarios are expected in the spring of 2022, after which a new decision will be taken regarding the approach to the acceleration of services between Amsterdam and Berlin. The Dutch State Secretary promises that the delay does not mean it won’t happen, emphasising that the measures are “still regarded as no-regret”. He called the delay for all parties “a major setback on the road to realising the acceleration ambition”.