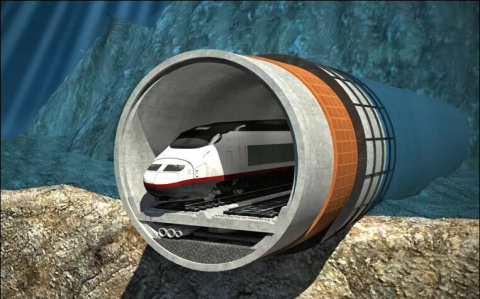 Will the Helsinki-Tallinn tunnel be built privately?

An undersea tunnel between Finland and Estonia, which brings together the two capitals as a twin city. The ‘Talsinki’ tunnel is a vision of entrepreneur Peter Vesterbacka, but the countries’ governments are wary to have the tunnel built by a private company, especially with the large role of China in the project. 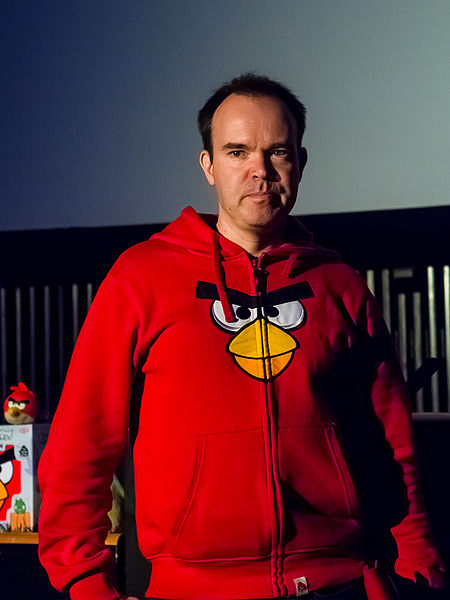 Many Estonians work in the Helsinki area, making the weekly two-hour commute by ferry across the sea. Tallinn is a popular tourist destination for Finns, and plans for a tunnel to connect the cities have been circulating for some time. A railway tunnel would shorten the travel time to around 20 minutes, changing the game completely.

One of the driving forces behind the project is Peter Vesterbacka, known as one of the developers of one of the most successful mobile games: Angry Birds. From ‘Mighty Eagle’ at Angry Birds, the entrepreneur moved to larger projects, and founded the company Finest Bay Area, which aims to build the Helsinki-Tallinn tunnel and establish a ‘twin city’. It could become a unified employment area for the people in the same way as Copenhagen in Denmark and Malmö in Sweden, being connected by the Øresund Bridge since 2000.

His vision is that it becomes the world’s leading hub for tech startups, surpassing Silicon Valley. To achieve this, a better connection between the two countries is a must, and the railway tunnel might just be the solution for that.

The governments of the two countries are not too enthusiastic about the tunnel being built privately, however. Back in April, Finland and Estonia signed a Memorandum of Understanding to cooperate in the transport sector and exchange of information between the countries regarding several large railway projects. The Helsinki-Tallinn tunnel is one of these projects, but that is no guarantee that the tunnel will be built. The project also intends to apply for TEN-T funding from the EU.

Estonia’s condition in the agreement signed in May was that the tunnel would be built by the state. With the Finest Bay Area Project, governments have been particularly concerned about its funding, which is mainly foreign – especially Chinese.

It was also established that Rail Baltica, the planned new railway connecting the Baltic states to the European railway network, is a precondition for the tunnel. This is probably because otherwise the positive impacts would be largely concentrated on the Finnish side, as Finland would gain much in connectivity to central, eastern and southern Europe, whereas Estonia would then only gain better access to Finland, states a study into the Regional impacts of a railway tunnel between the two capitals. Only when combined with Rail Baltica and other transport infra-structure improvements, also Estonia would significantly improve in accessibility and GDP.

Earlier, the governments of Finland and Estonia ordered a feasibility study which was done between 2016-2018, which said the tunnel could open in 2040. The study had a cost of 1.3 million euros, with co-funding from the EU’s Interreg Central Baltic programme.

A tunnel within 3 years?

According to Peter Vesterbacka’s company, the tunnel can be completed by Christmas 2024 – if politicians and officials approve. However, large infrastructure projects often face delays and drawbacks, especially in an international context. Back in 2018, Vesterbacka announced that they would begin drilling the 15 million tunnel in 2020, which hasn’t happened. As a comparison, the undersea Fehmarnbelt tunnel between Denmark and Germany, for which construction started this year, is expected to be ready in 2029.

Kustaa Valtonen, co- founder of the company Finest Bay Area Development, said two months ago that they are conducting an environmental impact assessment in Finland and launching one in Estonia, in the Finnish magazine World of Technology. He also said that they would carry out more detailed tunnel design and ensure the next stages of funding.

If Finest Bay Area Development gets a building permit, they want to excavate the 80-100-kilometre tunnel on a tight schedule. Using 16 tunnel boring machines, the tunnel would be drilled in up to eight different directions at the same time. Although the drilling of the tunnel hasn’t started yet, there has been a development. In April this year, they came to an agreement with Slovakian company GA Drilling and the former mining company of the Finnish city of Pyhäjärvi to start test drilling with a new technique called Plasmabit. This will serve to see if the new technology can be used for the Helsinki-Tallinn tunnel, which will be the world’s longest undersea tunnel.

They plan to drill the deepest geothermal borehole in Europe in the mines of Pyhäsalmi. It will also be a try-out for a technique of generating green electricity at the same time. The companies estimate the plasma drilling solution for hard rocks is as much as ten times faster and will make TBMs’ boring speeds far more efficient.

Finest Bay Area Devlopment’s plan is to construct two tunnels, so that multiple trains can operate simultaneously. With the large amounts of rocks from the seabed that are to be removed, they want to make two artificial islands, 15 kilometres from the respective coasts. This would have space for 50,000 inhabitants, and the larger island, off the coast of Finland, could become an entertainment centre with shops and businesses.

In 2020, Estonia rejected a project application from Finest Bay Area Development, citing “environmental, economic and safety reasons”. Minister of Economy and Infrastructure Taavi Aas stated that the tunnel can only be built under state control. However, he did not rule out the possibility that private actors could be involved in the tunnel project.

In spring 2019, the project company signed a letter of intent for 15 billion euro in financing with the Chinese-owned Touchstone Capital Partners.The tunnel would be built by China Railway International Group, together with energy company China Power and construction company China Construction Company. The intention would be for Touchtone to use 88 billion euros from the Chinese Belt and Road Fund.

Financing the tunnel is thus not a problem, as the Chinese want to pay for the entire 15 billion project in full. However, the Finest Bay Area Project has said it will raise half of the money elsewhere. If the tunnel were built with this price tag, they estimate that it would pay for itself in 17 years. The large role of China in the proposed project has led to criticism, including in the Estonian and Finnish governments. Vesterbacka said that “even if the money comes from North Korea, it doesn’t matter as long as the majority stake in all phases of the project remains in Finland and Estonia”, in an interview with Finnish newspaper Iltalehti last June. According to him, the project would be “more Finnish than Volvo is Swedish”.

“The Chinese are counting on a good long-term investment”, said lawyer Paul Künnap, the Estonian representative of FinEst Bay in an interview with Dutch newspaper Trouw last year. He did not deny that geo-strategic interests play a role in the background, saying that “if the polar ice melts, the sea route to Europe via the north will be much shorter than via the Suez Canal.”

The tunnel could become an important link in a rail line from the Arctic Ocean to the south, a rival to a line through Sweden or through Russia. It could be vital in the future for Chinese exports and trade. It remains to be seen however if the Estonian and Finnish governments will approve the plans Peter Vesterbacka’s company, and how much they are willing to give the project out of their hands.