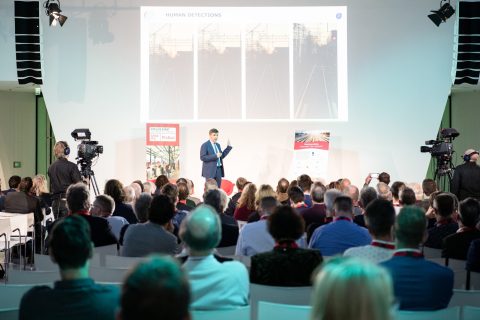 Russia will start test runs with a fully automated passenger train in the middle of 2023. This Lastochka train is currently being built by train manufacturers Siemens and Ural Locomotives. The vehicle will be equipped with Automatic Train Operation Grade of Automation 4 (GoA4), which allows the vehicle to run driverless.

Deputy Director Pavel Popov of NSC NIIAS, a research institute of Russian Railways, explained this during the ATO Live Event in Utrecht, the Netherlands. Popov told the congress that he expects the train to roll out of the factory in 2022 and certification to be completed in 2023. “In 2023, based on the test results, Russian Railways will decide when the trains can start running in the timetable.”

In the first year of testing, the railway company will have a driver riding on the train to test the system under all conditions and to rule out any safety risk to passengers. The tests will also look at what the different seasons do to train operations. The deputy director of the research institute indicated in an earlier interview with SpoorPro that the Russian winter in particular will be a challenge.

Automation of the railway operation

He told the rail conference in Utrecht that Russia is working on several projects in the field of automation of rail operations. Already in 2017, the operation of automatic shunting with freight locomotives was tested. In 2019 and 2020 it was the turn of passenger trains, with two different Lastochka trains equipped with ATO GoA3 running in passenger operation.

These trains were then included in regular passenger service in September this year. Driving is fully automatic, but there is an on-board driver to intervene in case of emergency. The trains are equipped with cameras, an infrared camera and two Lidar sensors. The train position is detected using satellite navigation, IMU, SLAM, accelerometers, HD maps and algorithms that combine all these data.

It is important that the detection is in order, because “In Russia, there are often no fences along the tracks, and it happens frequently that people walk along the tracks”, says Popov. When people are detected along the track, the train sounds its horn and automatically reduces speed.

Next step is to prove GoA4 safety

According to Popov, the next step for Russian Railways is to “prove the safety of GoA4” with the passenger train that is currently being built. In addition, just like for self-driving cars, standards must be developed for testing, such as the type of test objects.

With GoA4, the train will run fully autonomously and perform all the actions necessary to operate a train carrying passengers, including closing and opening the doors.