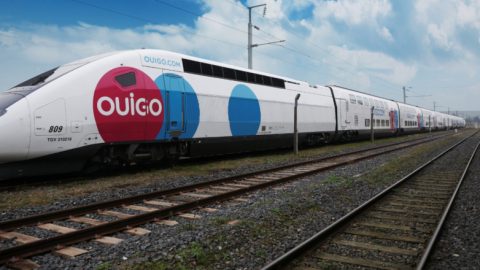 SNCF announced the expansion of the Ouigo brand, this time in the form of renovated classic trains, on the French domestic network.

OUIGO Vitesse Classique is the name of the new offer that the SNCF plans to launch on a segment that it had somewhat abandoned: classic non-GV lines. It includes 14 destinations, including 8 new ones compared to the high-speed offer (and several additional stations in Ile de France). The initial idea was to take market share from the road, which is used by 700,000 people every day, in order to protect the planet as much as possible.

However, we must remember another French context. The launch of the various TGVs in the 1980s and 1990s was very often accompanied by a decline in what are known in France as “Corail” trains, the name given to the classic trains that ran in large numbers before the arrival of the TGV. At SNCF, the belief persisted that the two offers – TGV and “Corails” trains – could not coexist without jeopardising the high-speed business model.

The world has changed

For its part, the recent liberalisation of the mainline segment in France has shown a certain appetite among new operators. The German company Flixtrain was tempted for a moment to operate in France, before throwing in the towel in the face – according to its own words – of the high tolls on the French network. Then there was the French government’s desire to put the Nantes-Bordeaux route out to tender, a project that was also aborted due to the lack of candidates, apart from the SNCF itself.

But another example is maturing: operator Railcoop and its cooperative formula. Although still in operational gestation, this formula appeals to a young public and has a large following on social media. Foreign examples, such as Transdev in Sweden or RegioJet in the Czech Republic, have also shown that the alternative cheap train is a reality and appeals to a young audience.

A push in the back

It is this whole disruptive environment that has prompted the SNCF to anticipate the future. It had already done so in 2013 when it first launched the high-speed Ouigo, as well as in Spain since last May. It is now announcing a “lower speed” Ouigo formula, in order to be in line with the new trends of slow travel, time taken for pleasure. This is also a way of countering future competition and the “all TGV” argument that sticks to the skin of the big company.

Called ‘Oslo’ internally, the project for this new long-distance offer, which will start in the spring of 2022, will be operated on classic lines with renovated Corail trains with pink (and blue) paintwork to match the visual codes of the Ouigo brand. It will be operated without subsidies, i.e. in open access, with no links to the TETs (trains d’équilibre du territoire) which will receive subsidies and benefit from the new CAF rolling stock.

The first Ouigo Vitesse Classique routes will be Paris-Nantes and Paris-Lyon. Prices will be – according to its promoters – unbeatable and will never exceed 30 euros.

Something not mentioned about Ouigo: you have to pay extra for services that are free on ‘normal’ trains. Seat with socket €3,-, piece of luggage €5,-.