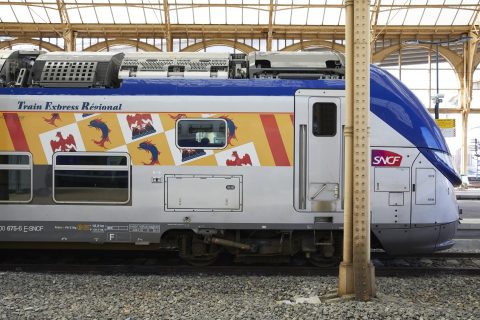 A first in France: Transdev to take over TER Marseille-Nice from SNCF

For the first time in France, the SNCF is set to lose the operation of a TER (Regional Express Train) line. The Provence-Alpes-Côte d’Azur region is expected to vote in favour of the bid put forward by the French group Transdev to operate the Marseille-Nice link.

This is a small revolution in the French railway landscape. The liberalisation of regional rail transport was provided for in the law but remained theoretical. However, it takes a concrete step forward with the announcement that Transdev will replace the SNCF from 2025 on a first line.

Three candidates were in the running to win this route: SNCF, Thello (a subsidiary of Trenitalia) and the private group Transdev. Transdev was formed in 1992 from an initial merger between coach operators and then in 2011 from a larger merger with Veolia Transport. The route represents 10 per cent of regional traffic in terms of the number of trains offered.

Specialising in public transport under contract, the winner of the Marseille – Nice TER is nevertheless also an experienced rail operator, which has been able to operate until now in countries where the choice of operator is permitted by national legislation. The Transdev group is indeed present in Europe (France, Germany, Sweden, the Netherlands) but also in New Zealand. In Germany, for example, Transdev is the leading private operator of regional trains, with more than twenty years of presence in Germany and some 7,350 railway workers spread over eleven companies and seven states. In the Netherlands, Transdev is a shareholder in the public transport company Connexxion, which also operates regional trains.

In Sweden, the Snälltåget of Transdev group operates long-distance trains between Malmö and Stockholm and, since this summer, the night train Stockholm-Copenhagen-Hamburg-Berlin. It is therefore a connoisseur of the railway business that has come to try its hand in France.

The contract is for an annual turnover of 50 million euros for a period of ten years, which can be extended for two more years. Additional investments of 220 million are planned for the creation of a maintenance centre in Nice Ville, which will be built by Transdev’s partner NGE, as well as an order for 16 regional Omneo Premium trainsets to be placed with Alstom.

Transdev has undertaken to provide 14 return trips per day instead of seven on this important Marseille-Nice route. One might wonder why the SNCF did not systematically run a TER every hour, or even every half hour, on a very populated coastline that can at certain times of the year contain several million inhabitants.

The French liberalisation includes a transfer of personnel. Around 166 SNCF railway workers are expected to join the Transdev group from 2025, which is currently negotiating the practical details of this transfer within the UTP (the employers’ organisation for public transport). Transdev intends to change the organisation of work on the line, with more versatile employees.

For its part, the SNCF is not leaving the Côte d’Azur altogether, since it will be in charge of the “Nice Star”, a series of local lines that it already operates around the capital of the Alpes-Maritimes, notably to Grasse, Les Arcs, Ventimiglia and the Roya valley.