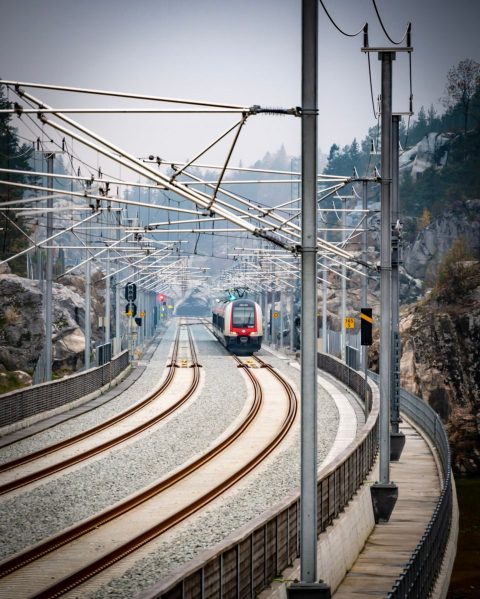 Several countries have adopted a Norwegian technology that has a positive effect on the climate and saves society from large expenses. Bane NOR calculated that if every European country would follow this method, this would be comparable with an annual electricity consumption from 35 million households.

Back in 2003, Jernbaneverket, Bane NOR’s forerunner, created the Erex system. This IT system uses advanced energy measurement systems on trains. The technology enables train companies to understand the use of energy so that they can reduce both consumption and costs.

It gives lower electricity bills to the train companies and saves the environment from unnecessary energy consumption. A real win-win situation, Dyre Martin Gulbrandsen, head of energy trading at Bane NOR, points out.

The information from Erex is used in the training of train drivers so that they develop an efficient and energy-friendly driving style from the start. Thanks to data coming from Erex, train companies can analyse where and when they make and use the most electricity, and how train drivers should steer trains to use the least possible. This leads to a 25-30 percent reduction in energy consumption for trains.

Since 2003, eight other European countries have joined as members and users of the technology: Belgium, Denmark, Finland, Luxembourg, the Netherlands, Switzerland, Sweden and Spain. Together they form the Eress partnership. This partnership was founded in 2004 by Bane NOR, Banedanmark (Denmark) and Trafikverket (Sweden)to simplify the process and to provide a better exchange of information. Latest to join was Spanish infrastructure manager Adif.

Modern trains work in the same way as an electric car. The train produces electricity when braking and uses more electricity when we need energy to get up to speed, explains Gulbrandsen. The power is therefore saved both during braking and by train drivers adapting the driving style to use less power. In the past, much of this energy was lost as heat in the brakes.

The technology does not involve heavy or expensive systems. New countries that join the co-operation benefit quickly from both the system and the knowledge of their European colleagues.