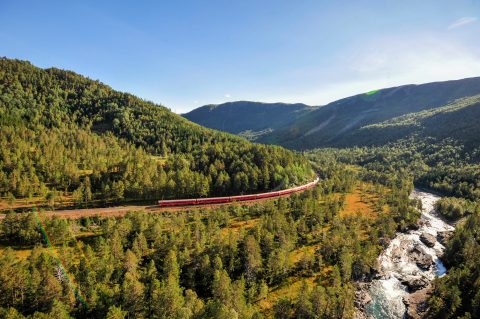 Vossloh to supply switches and crossings in Norway

Railway supplier Vossloh has won a contract for equipping the Norwegian rail network with switches and crossings for Bane NOR. Deliveries will run until 2029. The order is worth at least 80 million over the  total term.

International railway supplier Vossloh has won a comprehensive framework contract in Norway. They will start deliveries this year to Bane NOR, the state-owned infrastructure manager of the Norwegian rail network of 4,200 kilometres. It will be supplied via Vossloh’s subsidiary Vossloh Nordic Switch Systems, based in Ystad, Sweden.

The agreement mainly covers the supply of switches and crossings for conventional rail lines, as well as the development of a new range of switches for heavy-haul lines. In addition, Bane NOR chose as standard way of delivery the supply of fully assembled switches on special tilting wagons, delivered just-in-time from Vossloh’s Swedish plant.

Vossloh will also supply an extensive range of spare parts for all existing switches and crossings in the Norwegian network. The contract has an initial term of two years and includes extension options for further six years. Deliveries under the framework agreement are scheduled to start in the course of 2021.

Oliver Schuster, CEO of Vossloh, says that the close cooperation with Bane NOR opens up further growth potentials for the company. “In the years ahead, significant investments are planned for the digitalisation and data-based monitoring of the Norwegian rail network.”. In this way, Vossloh can play a role when it comes to condition-based and predictive maintenance.