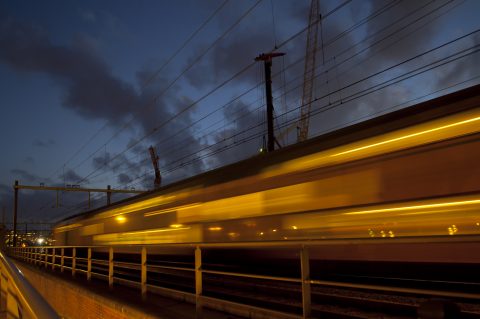 A number of interest groups and FlixBus have filed a case to challenge a license and subsidy to Dutch Railways NS for operating a night train connection to Austria. According to them, the decision of the Dutch government to add the ÖBB NightJet to the existing main rail network concession is contrary to European law. A spokesperson for FMN confirms this after reporting this in Dutch newspaper FD.

The night train connection between Amsterdam and Vienna is scheduled to start on May 25 this year. The case was brought to the Trade and Industry Appeals Tribunal (CBb) by interest groups AllRail and Federation Mobility Netherlands (FMN) and the transport company FlixBus.

Dutch State Secretary Stientje van Veldhoven of the Ministry of Infrastructure and Water Management reported in January of this year to change the concession for the main rail network. National rail operator NS was granted a subsidy of up to 6.7 million euros for a temporary trial to extend the night train connection Vienna / Innsbruck – Düsseldorf to Amsterdam until the end of 2024. The connection between Vienna and Düsseldorf is currently operated by Austrian state rail operator ÖBB. According to the private parties, this means that NS receives a subsidy of no less than five thousand euros per day for this connection, which leads to unfair competition.

Arthur Kamminga, Authorisation, Public Affairs and Legal expert at FlixBus, indicates that the amendment to the concession is in violation of European regulations on the possibility of direct award of rail contracts. He pointed out that the PSO (public service obligation) regulation states that a notice must be published in the Official Journal of the EU and that an award decision must be taken.

In the absence of an official decision that can be legally challenged, the Dutch ministry is “deliberately blocking access to an independent court”, according to him. This would ensure that it is not possible for rail operators that are not government-owned to offer rail services on the route.

In November 2019, several political parties already asked about the ministry’s plans to grant NS a subsidy for the night train connection to Vienna. Minister Cora van Nieuwenhuizen said that a market analysis carried out by research agency Rebel showed that only NS / ÖBB could offer this transport service in the short term (timetable 2021).

She also pointed out that providers must request capacity from infrastructure manager ProRail at least eighteen months prior to the timetable and must notify the Authority for Market and Consumers (ACM) that they want access to the Dutch rail net. In addition, the rolling stock must be approved by the Human Environment and Transport Inspectorate (ILT) or the European Railway Agency (ERA). The market analysis concluded that a private carrier would not be able to do this until 2023/2024.

At the time, the minister indicated that the subsidy would be provided to NS as compensation for the operating deficit, within the framework of the PSO Regulation. According to her, the research shows that an open access connection is not possible in the short term. “Therefore, a trial with NS / ÖBB was chosen, including a subsidy of maximum the net financial effect”.

According to Kamminga of FlixBus, the conclusions in Rebel’s report are incorrect and “words were put in the mouth” of carriers at the time. He points out that the night train connection Alpen-Sylt Express between Sylt and Salzburg was started last year and that a new connection from Prague to Split in Croatia will start soon. Furthermore, the Dutch initiators of European Sleeper will soon start a night train connection between Brussels, Amsterdam, Berlin and Prague in collaboration with RegioJet. In Belgium there is also an initiative for a night train between Brussels and Berlin. “These are all private initiatives before 2023”, he emphasises.

At the end of last year, the Dutch ministry launched a market survey into the potential of international rail transport. State Secretary Stientje van Veldhoven said in a letter to Parliament that she saw opportunities “to have the international connections, including long-distance transport over the High-Speed Line South, carried out by open access carriers from 2025”. Night train connections are also included in this study.

Monopolist Flixbus has been canabalizing the international trainmarket for years with cheap fares, less safety and less comfort than international night trains of the CNL and NightJet standard. Only in 2019 3 passengers of Flixbus were killed and over 100 injured in accidents. Flixbus operates without paying road toll in Germany, so it is being subsidised by the tax payers, like airline companies that don´t pay taxes on tickets and fuel. So don´t complain about subsidising NightJet.