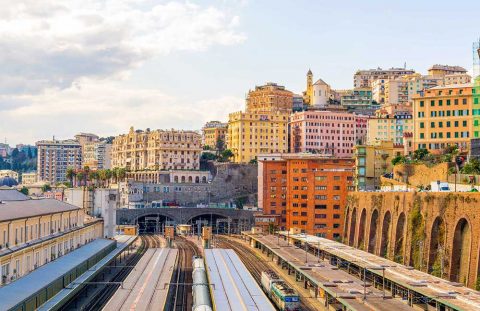 Infrastructure manager RFI will carry out rail upgrades in the region Liguria in North-West Italy for 13.4 billion euros. This should result in an increase of 49 percent of freight trains per day by improving the connection between Genoa’s port system and the rest of Europe. In 2024, the works are to be completed.

FS Italiane Group is at the forefront the goal of improving Ligurian mobility and to bring Genoa and the Mediterranean closer to the Dutch port of Rotterdam and the North Sea. Infrastructure upgrades by its subsidiary RFI will connect the Ligurian capital to the European TEN-T Rhine-Alpine Corridor and increase international rail freight as well as passenger traffic in the region.

This major European corridor is about 3,900 kilometers long and crosses five countries: Italy, Switzerland, Germany, the Netherlands and Belgium. FS Group, led by the CEO Gianfranco Battisti, has invested 13.381 billion euros (9.856 already financed by the 2018-2019 program contract of the RFI) for the infrastructures of the Genoa hub and of the whole of Liguria, which will be largely completed by 2024.

“Many difficulties are overcome and those still to be overcome will allow Genoa to be confirmed as the first logistic center in the country and among the most important in Europe”, says FS group.

How the infrastructure will be expanded

The completion of the so-called ‘Progetto Unico’ (Unique Project) will make it possible to streamline the flows of regional and long-distance trains in the Genoa area. This project in itself is worth 6.8 billion euros. The ongoing interventions will lead to the creation of a single urban area, connecting each line of the triangle Genoa, Milan and Turin within a maximum of one hour. The interventions between Tortona and Voghera and between Pavia and Milan Rogoredo will be quadrupled, and the entire Milan – Genoa line will be sped-up with upgrading of both the infrastructure and traffic control technologies.

In the region where FS Group manages 493 kilometers of tracks with RFI (of which 97 percent electrified and 79 percent remote-controlled) and 103 stations, many benefits are expected. The Liguria Region has estimated that for the approximately 1.6 million Ligurian citizens, there will be a potential increase of 20 medium and long distance trains per day and more than 60 regional trains (an increase of 43 percent daily trains) in the Genoa node.

The Progetto Unico includes works on the new Genoa-Milan High-Speed line Terzo Valico, those of the port areas and the upgrading of the node, will put Genoa and the Mediterranean in a position to be increasingly connected to Europe. The construction of the new high-speed line is currently halfway. This ensures the connection of last mile between the Terzo Valico and the historic port and allows the separation of traffic flows between the regional and long-distance trains, thus eliminating bottlenecks.

To achieve these objectives, the FS Group is working on doubling the existing tracks (quadrupling) between Genoa Voltri and Sampierdarena with a total of 4 tracks, 2 of which for metropolitan and regional traffic; the other two will be intended for medium and long-distance trains and will allow direct connection to the Terzo Valico dei Giovi for freight trains originating or destined for the Port of Genoa Pra ‘Mare . As of 23 April 2021, the excavation of the Polcevera tunnel is underway and the first phase of upgrading the Pra ‘Mare freight bundle has already been completed with the construction of another 2 new tracks (for a total of 6 tracks) and the doubling of the entrance track to the PSA International terminal.

RFI is also working on two new tracks in addition to the four existing ones (sixfold), which will bring the tracks between Genoa Principe and Brignole to six. The two new tracks connecting the underground station of Genova Principe and that of Genova Brignole will be obtained with the extension of the existing Colombo and S. Tomaso tunnels and with the partial reuse of the disused Galleria delle Grazie.

The two new tracks will allow the improvement in terms of regularity and punctuality of the connections between the two main stations of Genoa, increasing the current infrastructural capacity with two tunnels, the Traversata Vecchia and Nuova tunnel. As of April 23, 2021, excavation works are underway for the extension of the S. Tomaso and C. Colombo tunnels. 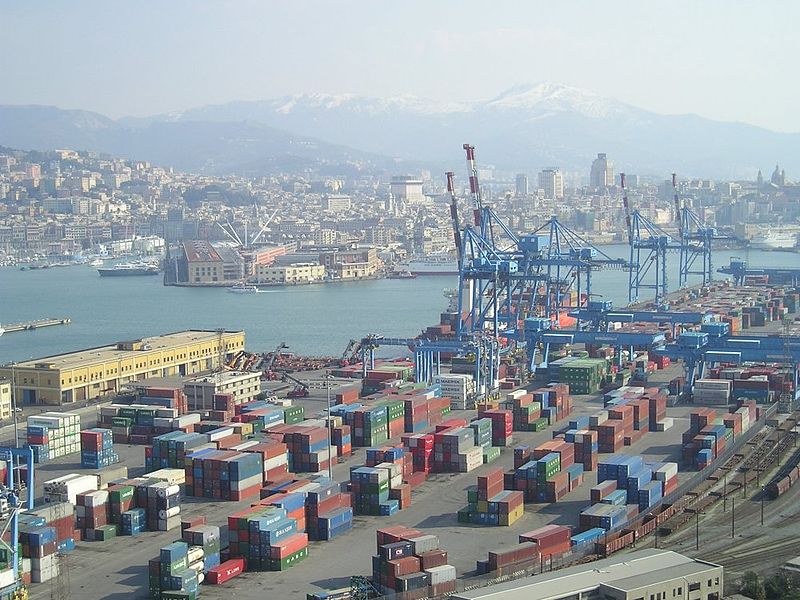 The infrastructure upgrades are also good news for rail freight traffic. The interventions should lead to an increase of 80 trains per day from 2024, an increase of 49 percent of trains per day. This development is fully in line with the EU Mobility Strategy, which calls for a progressive transfer of goods from road to rail by 30 percent by 2030 and 50 percent by 2050.

According to data released by the Port System Authority of the Western Ligurian Sea, the ports of Liguria move a total of 50 percent of the containers at national level and more than 35 percent of the freight trains originate from the ports of Liguria itself. Numbers are destined to increase especially for the Port of Genoa where the creation of a new breakwater (outer dam) is planned to start January 2022. This will allow the interception of large container ships of an average length of 400 meters and a capacity that can reach 24 thousand TEU containers.

New tracks to accomodate the growth

According to the forecasts of the same Authority, the development of the Port of Genoa will lead to a progressive increase in container traffic of 100-150 percent and a possible increase of 40 percent of the share of rail freight. A development possible only if the Campasso port, the “lung that makes the port terminal breathe”, is adequately strengthened. RFI is already working on this with the construction of 8 new tracks with a length of 750 meters for the arrival and departure of trains.

Another major intervention involves the restoration of the connection between Bivio Fegino and Parco Rugna in the port area, 5 kilometers of double track through the Scalo Campasso. Preparatory works for the construction of the section and those in the section north of Campasso will soon be started, which will be joined by the future new Genoa metro line between Brin and Canepari.

The renewal and enhancement of the Fuori Muro railway yard will constitute a further important piece in the overall infrastructural upgrading at the service of Ligurian ports and logistics. The airport, with 7 tracks, 5 of which at least 750 meters long, will together with those of Voltri / Prà and Campasso, be the third place suitable for the composition and online forwarding of long trains to European standard. This contributes to the achievement of the modal shift from road to rail, a primary objective for Ligurian ports and the country’s logistics.