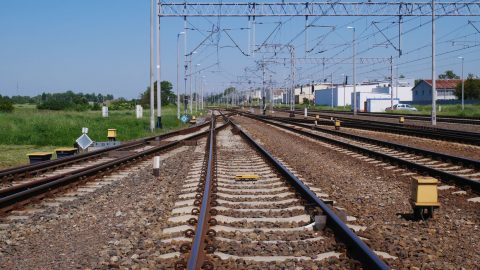 Alstom, Thales and Nokia have completed a high-speed signalling upgrade in Poland. The consortium has installed ERTMS/ETCS Level 2 on the E65 railway line which links Warsaw  with Gdynia. The project was based on a contract with infrastructure manager PKP Polskie Linie Kolejowe S.A signed in 2012.

With the signalling upgrade, high-speed trains are able to drive with ERTMS with a speed of 200 kilometres per hour. The line has 35 railway stations and links Warsaw in central Poland with Gdynia in the north of the country. The 350 kilometre long line is also one of the priority routes of the Trans-European Transport Network (TEN-T).The upgrade resulted in a significant improvement of safety and line capacity and contributes to shorter train travel times.

“This jointly-delivered project is a game-changing achievement in the history of high-speed railway implementation in Poland”, said Sławomir Nalewajka, Managing Director of Alstom in Poland, Ukraine and Baltics. “Moreover, the decision of the Head of National Safety Authority in Poland to approve train traffic at the speed of up to 200 kilometres per hour under the control of ERTMS Level 2 is the first ever decision of this kind in the history of Polish Railways. We are proud that once again we had the opportunity to deliver a project that sets the new standards on the national railway network.”

Paweł Przyżycki, Managing Director of Thales Polska said: “I am happy that the upgrade of such a crucial project is completed. Thanks to our joint solutions we have become a part of the European railway system. Poland has entered the high-speed rail era.”

“State-of-the-art communications technologies and rail traffic control systems have been implemented in this landmark project. Both the E65 Warsaw – Gdynia corridor, as well as the entire Trans-European Transport Network will derive economic and social benefits from the completion of this project”, said Piotr Kaczmarek, a Head of Nokia Poland.

Already in January 2020, a test Pendolino high-speed train equipped with ETCS Level 2 ran on the E65 railway line. To conduct the measurements and tests, dozens of sensors, transmitters, receivers and recorders were deployed. As part of the installation of the signalling system, more than 4,100 beacons – balises – had to be fitted on the tracks. These report the location and speed of trains in real time.

The ERTMS installation was delivered within the scope of the Operational Programme Infrastructure and Environment (POIiŚ) project 7.1-1.4: Modernisation of E 65/C-E 65 railway line on Warszawa – Gdynia section in terms of supervisory layer LCS (ICR), ERTMS/ETCS/GSM-R, DSAT and power supply for the traction system.