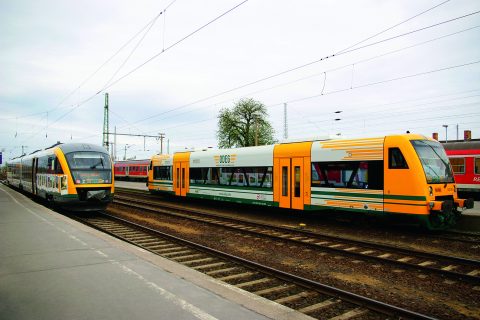 A German federal court ruled last week that DB Netz should not only allocate train paths to carriers, but also arrange this in a timely manner. If the infrastructure manager is found to fall short in such cases, the company is also liable for any damage caused by delays, according to the court.

The case was taken to court by the Ostdeutsche Eisenbahn (ODEG) transport company, assisted by Jost Knebel of Mofair, an association that stands up for fair competition on the railways. Knebel is also vice president of the railway company Netinera Deutschland. Mofair is pleased that with the ruling, it is now clear that if DB Netz is to avoid million claims, they should perform better.

“Transport companies do everything they can to get passengers and freight to their destination on time. It is therefore clear with the statement that DB Netz is obliged to facilitate this for us”, says Knebel.

Railway companies and transport companies suffer a lot from fines for arriving late. Mofair points out that in 80 percent of the cases, these delays can be traced back to problems with the track, such as switch failures. It also happens that trains have to run slower than necessary because the workplace safety instructions are not properly arranged.

Corporate culture needs to be reformed

According to Mofair, until now DB Netz’s position has been that they have to designate train paths, but not necessarily on time. And that while the rail manager itself is often in an uproar if transport companies do not adhere to the timetable. “Such a position is quite unique in the business world”, said Mofair president Christian Schreyer.

Mofair accuses DB Netz of having tried to avoid their responsibility in recent years by constantly adjusting the conditions for the use of the railway. In their point of view, the corporate culture of DB Netz must be reformed, something to which the decision of the judge can contribute.