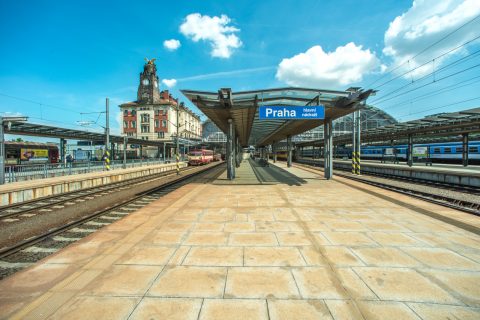 The design work of the first Czech high-speed line in the Elbe had been recently awarded. Completion of the design by a Czech-French-British consortium is expected in mid-2022. The contract, which includes zoning decisions, comprises 7 million euros (CZK 184.6 million). Czech Republic’s Ministry of Transport also approved the new Prague-Dresden branch of the future high-speed network after a feasibility study and starts preparations.

The documentation for the zoning decision and the documentation for the environmental impact assessment (EIA) of the ‘Polabí’ high-speed line between Prague-Běchovice and Poříčany, will be prepared for infrastructure manager Správa Železnic by the respectively Czech, French and British companies Sudop Praha, Egis Rail and Mott MacDonald.

The conclusion of a contract for design work is an important milestone in the preparation of high-speed lines in the Czech Republic, because the processed zoning decisions will design the exact form of the future line and identify specific plots of land needed for its construction. The high-speed line in the Elbe, named Polabí, will become the first section of two future high-speed lines, namely the national backbone connection Prague – Brno and the international connection Prague – Hradec Králové – Wrocław.

The new high-speed line will be connected to the existing railway network at the Prague-Běchovice station and at the opposite end to the Poříčany – Pečky and Sadská – Nymburk lines. In addition, the current Sadská – Nymburk line will undergo significant modernisation. These connections between high-speed and today’s lines will allow strong use of the new infrastructure before the completion of the larger high-speed network.

It will be used by almost all long-distance trains from Prague to the east – for example, express trains from Prague in the direction of Kolín and Pardubice or in the direction of Nymburk and Hradec Králové. These trains will free up space for the further development of attractive suburban transport between Prague, Český Brod and Poříčany. The new line will be four-track. The start of construction work is expected in 2025, the start of operation in 2028 – 2029.

Czech Republic’s Ministry of Transport also approved the feasibility study of the connection to the German city of Dresden. The first section leading from Prague to Litoměřice will be used purely for passenger transport with a maximum speed of up to 320 kilometres per hour. The section across the Bohemian Central Mountains and further to Germany will also be used by freight trains, thanks to which traffic in the narrow Elbe Valley will be relieved.

In the tunnel under the Bohemian Central Mountains, therefore, passenger trains will run at speeds of up to 250 kilometres per hour and in the Krušnohorský tunnel 200 kilometres per hour. Apart from trains, it also counts on the operation of up to 150 freight trains a day. The planned railway line is part of the European TEN-T network and will connect the Czech Republic to the Western European high-speed railway.

Preparation of the railway is being carried out in cooperation with the German railway infrastructure manager, DB Netze AG. As part of this cooperation, a project management contractor has already been selected, and suppliers’ bids for processing documentation for zoning decisions are currently being evaluated.

The railway administration has recently chosen the winning architectural design of the new high-speed terminal in Prague East. The planned terminal with the working name Prague East will serve mainly the inhabitants of the north-eastern part of the Central Bohemian Region and the adjacent areas of the capital. The purpose of building this peripheral station is primarily to enable residents living in the area to take advantage of high-speed rail transport without the need to drive to the center of the metropolis.