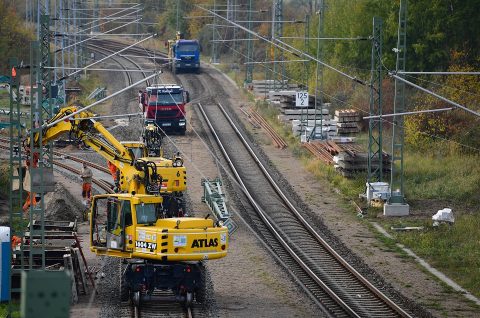 Why reduced track access charges are not enough for railways

Reduction of track access charges is becoming more and more popular in European countries. Some governments are even considering the possibility to suspend them. Of course, it is good for railway undertakings to boost their operations after the coronavirus lockdowns and restrictions. However, it is not enough for the development of the rail sector in total. Péter Rónai from the Hungarian State Railways explains in his column why.

Track access charges (TACs) are sensitive parameters for both infrastructure managers (IMs) and railway undertakings (RUs). For most of the European IMs, TACs are still one of the biggest sources of income (in some cases definitely the biggest). The situation is similar in case of RUs: even if they have heavy other costs to bear as well (like traction, personnel), the TACs are responsible for 10 to 50 per cent of their total costs. Easy to understand that they react sensitively to any changes regarding TACs, and use all possibilities to raise the attention of decision-makers of the importance of low infrastructure fees.

Anyway, the higher the TAC level, the less attractive the railway infrastructure – and vice versa. This is heavily in mind of European legislative bodies. As after the first and second railway package a wide variety (and level) of access charges emerged, with a very different methodological background. In some countries, there was only a symbolic level of access charges of 5-8 per cent of the IM’s costs, while in others the IM even realised a good positive profit.

In this colourful world, the Commission felt high time in 2015 to publish an implementing regulation “on the modalities for the calculation of the cost that is directly incurred as a result of operating the train service” (Commission Implementing Regulation (EU) 2015/909) which cost level than can be used as a basis for setting TACs. The aim of this document is to set uniform rules for the calculation of direct costs of operating the train services, for the purpose of setting the charges for the minimum access package to service facilities.

According to the mentioned regulation 909, TAC should not override 2 euros per kilometre for a 1,000-tonne freight train. An average path length in the freight business in an EU country lies between 150 to 300 kilometres. This means an income 300 to 600 euros per path for the minimum access package. Let us assume additionally one train daily that can be achieved due to the development. Assuming 250 effective days yearly, this is an additional income of 75,000 to 150,000 euros yearly.

If we assume that the life-cycle of equipment is rarely more than 20 years, this results in 1.5 to 3 million euros in total. Under certain conditions, we can round this up to 5 million euros. The amount of 3 to 5 million euros that can be obtained via the TAC system, having an additional train each working day for 20 years is enough for the rehabilitation of approximately 1 kilometre of conventional line or some kilometres of telecommunication and/or signalling.

TACs are not enough

These numbers are not that high in the world of railway investments. Even if some of the RUs would speak against this argumentation, but I would like to emphasise that money collected via the TAC system is not enough for extensive investments. For those who still think that some of the investments costs can be reimbursed by access charges, the implementing regulation definitely states: “The infrastructure manager should not be allowed to recover the cost of investment in an asset where it is not obliged to repay that cost.”

This clearly says that TACs are not for covering infrastructure investment costs. The whole network investments, including tunnels, viaducts, open lines and shunting stations cannot be financed via TACs, due to the astronomic level of costs. To this end, IMs and RUs should use another tool, which I have already mentioned in my previous column.

Are you interested to know more about the role of track access charges in rail infrastructure? Péter Rónai will deliver a presentation at the Track Access Charges Summit 2020 to take place on 14-15 October in Riga, Latvia. The programme is available on the event website.