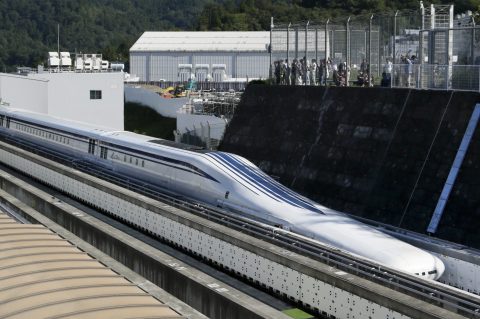 If the Netherlands wants its rail network to perform as well as Japan, the impact of disruptions on the track must be reduced. That can be done by disentangling the rail network and combining the schedules of trains and train personnel from beginning to endpoints, says Jan Swier, Asset Management Advisor and former ProRail employee.

“The rail sector has been able to shorten the recovery time of the track after disruptions, but there is a limit. If we want more trains in the Netherlands, we must take some far-reaching decisions.” That is why the Dutch rail sector is looking to examples from abroad, including Japan.

Jan Swier worked for over 44 years in various roles at NS and ProRail. In the last 14 years, he was an Asset Management Advisor at ProRail. On Thursday 29 November, Swier will give a presentation about monitoring and information at the Intelligent Rail Summit 2018 in Malmö, Sweden.

In his book ‘De organische groei van een assetmanagementsysteem’ (‘The organic growth of an asset management system’), Swier made comparisons between the Netherlands, France and Japan, among other countries. In 1987, Japan National Railways (JNR) was privatised and split up into seven separate businesses. Of these, six were responsible for passengers, and the other one took charge of freight. All these businesses fall under the Japan Railways Group (JR Group).

In Japan, the productivity and quality of rail transport increased considerably after privatisation. Furthermore, it was possible, thanks to the intensive use of the track, to cover the full costs of the infrastructure, which no rail company in Europe has managed to do since the incomes are too low. In Europe, as a consequence of the railway packages, all rail companies have been compelled to separate rail network management and rail transport.

In France, writes Swier in his book, this was implemented in a minimalistic way in 1997. The Réseau Ferré de France (RFF) was owner and manager of the whole network. RFF was completely in the hands of the government, and after the splitting up it had to give all maintenance and renovation tasks to SNCF Infra, who also took over the employment of all the maintenance personnel — the same SNCF that now operates rail transport.

This ensured that RFF was heavily dependent on SNCF, also because the rail traffic management was in the hands of the latter. “In my opinion, the RFF had no future, because it was a stripped-down management organisation. It had too little power and was one step behind the facts,” explains Swier. “It was too dependent. As rail manager, you need to be independent, and be able to optimise your cost performances and risks over the whole life cycle.”

Structural change in the Netherlands

In the Netherlands, there was a ‘hard’ and complete division between the traffic and the rail network manager in the 1990s, when the rail infrastructure was split off from Nederlandse Spoorwegen (NS). Subsequently, parts of the Dutch railway were opened up to multiple rail operators. And all infrastructure tasks were outsourced to contractors Strukton, Volker and BA, as well as Asset Rail later on.

The splitting led to the foundation of ProRail in 2005. “The separation of the transport and the infrastructure in the Netherlands was done in a forced way, and it took a very long time. Happily, it turned out well in the end, but it did mean that the management organisation in the Netherlands developed in a very different way to others in Europe.”

“The difference between France and the Netherlands is that ProRail, unlike RFF, has the power to operate independently, but at the same time an involved government has financed infrastructure and has played an active role in the management of the rail transport. The bill payer calls the shots, and so our government has given input, not only for new construction but also for the preservation of the existing network. In France, the debts of SNCF and RFF rose, and the government allowed it to happen.”

“In the case of France, it is good that they reversed the separation between RFF and SNCF, so that these businesses could find a balance once more. SNCF and RFF were too fragmented and there were insufficient government involvement and funds. A lot of money was spent on high-speed lines and prestige projects and France’s main railway network suffered as a result.”

“We can be happy in the Netherlands that our NS is an independent business, which earns enough money to support itself. NS is a real company with a conclusive profit and loss account,” says Swier. “It receives a government subsidy to keep unprofitable lines open, but this is really peanuts. NS is an independent company that can make its own choices. That’s because it’s not hindered by the high costs of rail infrastructure.”

The infrastructure costs are difficult to earn back, explains the rail expert. “It would only be possible if train tickets were twenty to thirty per cent more expensive, but the Dutch government doesn’t want that.” For the infrastructure to pay for itself, asserts Swier, capacities and usage must be increased to frequencies that we are used to on the metro. “On metro lines, 24 to 30 trains can ride per hour, while on the regular Dutch railway there are around 12 to 16 trains per hour.”

“If we would like more trains to run we need to decompress, i.e. separate lines from each other. That would mean that people having to change trains more often,” he says. “If we want to raise capacity, then we need to make choices, as there are limits to how much you can reduce the number of defects and the recovery times.”

Here, the Netherlands can take its lead from Japan, believes Swier. “You must think about independent lines that operate independently. In Japan, the train personnel are coupled to the train from the beginning to the end point. That is one of the reasons why Japan also performs well when there are disruptions. Furthermore, Japan’s platform bosses are able to guide the trains when there are disruptions, so rail workers can get the train service running back on time more quickly.”

“While our country does have one of the best-performing rail transport systems in Europe, it can get even better if the network and the transport system is made less complex.”