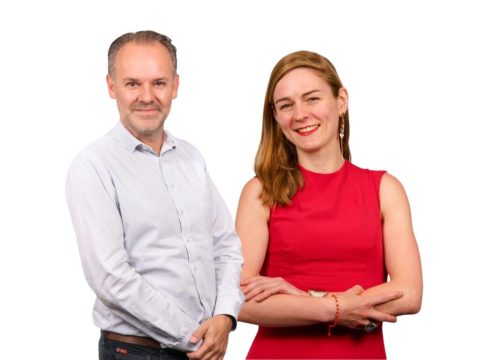 Booking an international train journey, especially one involving several countries, can present difficulties. Well-known rail YouTuber Thibault Constant in recent comments to RailTech compared it to solving a Rubik’s cube. Mark Mallants and Leen Dewicke at international combinability experts benerail explain what is at the heart of the situation and what can be done to ease this situation.

Benerail, as a solutions provider and facilitator for international railway standardisation initiatives, works to create a single virtual railway platform by combining national and international railway carriers in Europe in one e-ticket. Through its own API platform and front-ends, it subsequently offers a seamless booking process. Current destination countries go beyond the home market of their main customers – the Netherlands, Belgium, Luxemburg and Denmark – and their neighbouring countries. They even stretch to Spain and Italy.

As a result of its efforts, a variety of travel scenarios are now possible, including ‘complex’ ones such as Copenhagen-Marseille. For this service, trains such as the ICE, TGV and the SNCF Intercité de nuit are involved. Or Bratislava to London, where the travellers use both regional trains and the Eurostar, or Amsterdam-Milan, which is a mix of the ÖBB Nightjet and the EuroCityExpress. Benerail not only supports the customer in price comparisons of the different rail options, but also include refund and exchange scenarios if commercially available.

Frequent flyers may point to these examples as straightforward, easy-to-book connections. In rail, they are anything but. That is not, as Mallants and Dewicke explain because the IT systems in civil aviation are somehow better. “This all down to solid technical operational and commercial agreements. All airlines play by the same rules and conditions. Put differently, these companies speak the same language and they understand each other. This is not yet the case in rail”.

The roots of this situation can be traced back to the role that railway undertakings have historically played in providing solutions for the domestic market only. Even in today’s globalised society, national railway companies can be hard-pressed to invest time and effort in familiarising themselves with an international playbook for new business models and agreements to accelerate rail-retail innovation. Especially when international travel only accounts for a small slice of the business. As a result, when looking at the retailing of tickets, companies are “often focused on their own distribution capabilities rather than starting from the customer need and exploring partnerships to do so”, Mallants and Dewicke say.

Complexity on commercial and contractual front

This means that businesses such as Dutch Railways, Deutsche Bahn and ÖBB might be able to run a Nightjet service across multiple countries from a technical viewpoint but there still remains complexity on the commercial and contractual front. “On that aspect, we see commercial partners struggling to identify who does what, who plays what role, what the various responsibilities are and how to organise retail.”

While a “European focus” was long absent, Mallants and Dewicke have seen positive changes over the past five years or so. Companies or departments that were used to working in their respective fields or verticals have slowly come to realise that there is more value in working in an ecosystem approach rather than to do everything from A to Z. This development is both welcome and necessary to increase attractiveness of investment in required and desired EU-wide rail solutions.

A standardisation in ‘vocabulary and language’ should go hand in hand with a increased standardisation and flexibility of IT systems. Fortunately, many developments on these fronts are ongoing, such as the Open Sales and Distribution Model (OSDM), the E-Ticket and Control Database (ETCD) and new regulation of passenger rights.

“The OSDM can be seen as the technical language used by the parties involved in the ecosystem, be they online agents, intermediary technology providers or companies dealing with inventory, all looking for easy integration. Preferably, everybody speaks this language with as few dialects as possible”, says Mallants.

Mallants also explains how more destination can come within reach for customers. “Sure we can facilitate train tickets to Portugal via NS in the Netherlands or SNCB in Belgium. But it will be a costly affair with an unlikely return on investment. However, if Portugal can be integrated in the same way as we do France or Spain, then we can simply use an existing solution.” This, then, lowers the bar for new entrants to play a role in what is becoming a more and more open and international railway ecosystem, Dewicke adds.

However, the OSDM is not without its critics. New entrants or startups might argue that the OSDM is created with the systems and the existing solutions of the incumbents and often dominant players in mind. Mallants is not unfamiliar with these signals from the market. He points out that while there were many parties – from different parts of the industry – involved in the discussions about the standards, it naturally did not include everyone.

Secondly, standardisation always contains an element of compromise. And lastly, the standards are not final and will continue to evolve. “These are not closed-door discussions, and we’re always open to hearing outside voices. But those looking for a seat at the table should have something to contribute”. When looking at new companies that wait to join the ecosystem, standards can simplify access to the retail network in a cost-effective manner for all parties involved. As we can already see in Sweden with all public transport operators together with SJ and Samtrafiken. Mallants also says that voluntary industry initiatives such as the OSDM and the ETCD are not the cure-alls. They need to go hand in hand with legislation like the Passenger Rights Regulation.

Up for the challenge

In conclusion, change is never easy, and certainly not for a sector that for many decades has had its main focus on the domestic market. But if rail is to ride the wave of new attention for sustainable transport and make it last, new business models and agreements are the way forward. Only then will it be possible to, should you so desire, to book a ticket from Norway to Portugal regardless of the various commercial agreement or business models of the operators and retail organisations. “But benerail is up for the challenge as they see it as their role to build the necessary ‘bridges’ between different actors in the retail market, ensuring that technology is not merely a facilitator for international rail retail but a real accelerator”, Dewicke and Mallants conclude.