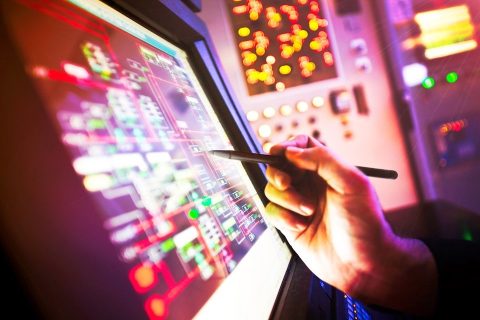 Published on 24-11-2022 at 09:48
Touch the future. High tech display is the signalling of tomorrow Network Rail

Enabling work at weekends in early January and mid-February will mean diverted services on the East Coast Main Line. The work will hasten the introduction of digital signalling ETCS to the route famous for the Flying Scotsman and the principal connection between London and Edinburgh. Passengers intending to travel to and from London and other destinations via Peterborough, and across Great Northern commuter routes over the weekend of 7 and 8 January are being asked to plan ahead.

Work on the route, served out of London by King’s Cross station, the fictional favourite of Harry Potter, is taking place as part of the UK Government funded East Coast Digital Programme (ECDP). The magical digital transformation is aimed at boosting reliability and allowing faster recovery from disruption, enabling a better and more punctual service. The programme will see the digital European Train Control System (ETCS) introduced, providing continuous, real time information to the driver’s cab.

Freight operators to use alternative routes

Over the weekend of 7 and 8 January the new signalling system is being tested in the Wood Green-New Barnet area in the north of London, preparing the area for digital signalling while reducing faults involved with the current system. New line side equipment and technology is also being installed between Welwyn Garden City and Hitchin, preparing the way for this southern section to become the first part of the East Coast Main Line to operate with digital signalling.

On that first full working weekend of 2023, no train services will run between St Neots (south of Peterborough), Royston and London. This will affect all the train operators who normally use the route. Freight operators are already making plans to use alternative routes, either through East Anglia or via the Midland Main Line. The critical North London Line, once slated for closure, now forms an indispensable arc across the capital, already heavily used by metro passenger services and freight transfers.

The principal long distance operator on the affected line, the government-managed LNER, will run a reduced service, pivoting on St Neots or Peterborough, with rail replacement coaches between St Neots and Bedford where passengers can connect to Thameslink services to or from London St Pancras. Many passengers will be hoping for a better experince than in 2015, when a Christmas closure of King’s Cross brought massive disruption. An attempt to use the suburban station of Finsbury Park collapsed into chaos as the relatively small station was unable to cope with demand. On this occasion, the use of the much larger Peterborough station, with the backup of St Neots, is hoped to better handle the expected demand.

Other passenger carriers have amended times and routes. So-called ‘open access’ operator Hull Trains will operate a direct but reduced service via the Midland Main Line into London St Pancras with extended journey times. Passengers will however arrive at the station just across the square from their ticketed destination. Regional commuter operators Thameslink and Great Northern will operate a limited shuttle service on affected routes.

State of the art, reliable railway

The project team say there will be a similar level of disruption to services over the weekend of February 17/18. They say that will be the only other significant weekend of ECDP related disruption in the first half of 2023.  It is expected that the first trains to operate on the East Coast Main Line using digital signalling technology will run in 2025. “The work taking place in early January is an essential early stage towards delivering the transformation of a digitally signalled East Coast Main Line”, said Ed Akers, the Principal Programme Sponsor, Network Rail. “This will create better journeys on a state of the art, reliable railway, whilst reducing emissions and providing further safety protection.”

Watch a Network Rail video about the East Coast Main Line signalling upgrade for an easily comprehensible explanation of the system: