Getting a single ticket on a journey made up of various rail parts still is out of reach in 2021. Even though ease of choice and payment could be the number one reason for people to return to the train.

The first problem is that many public companies, including railways, only work for their national or regional market area. They have little to no reason to invest in standardised IT systems, which are often too expensive for them, and design IT products that are often home-made, sometimes with the help of specialised IT companies. This makes it difficult to interconnect different ticketing platforms of different rail operators.

The arguments sometimes diverge on this topic, but they all come down to the notion that the railways are primarily a matter of national policy and the historic companies are given the sole task by the states of looking after national citizens as a priority. This is why ticketing is so different between states in Europe.

For an incumbent rail operator, the domestic ticketing revenues can represent 70 to 90 per cent of total revenue. The Deutsche Bahn transports more than a billion people a year on the local and regional segment, which is far ahead of international traffic, which is considered as a ‘residual market’.

The international ticket is therefore not a big priority for the incumbents. As there is no longer an obligation to transport as before, it is necessary to create joint ventures or companies like Thalys or Eurostar.

The second problem is the consequence of something completely different: apps have become a weapon for 21st century marketing. Both for cities and for rail operators.

The mobile app has become unavoidable. It can be the defense of one’s business area, and a formidable weapon for fending off the competition.

The railway can even count on a major psychological trait: the ‘culture of single company culture’ seems to be engraved forever, even among the younger generations. In France, the word ‘train’ remains almost synonymous with ‘SNCF’, in Germany with ‘Deutsche Bahn’ or in the Netherlands with ‘NS’. Liberalisation has not changed these societal habits.

This provides an unexpected results for incumbent railways: travellers’ habits mean that new entrants become harder to find on the internet. The fewer clicks they get, the lower the ranking in search engines. As a result, they are somehow ‘invisible’ in the transport app galaxy.

Data, the oil of the 21st Century

In addition, incumbent companies are able to collect large amounts of data, which new entrants will never have. Data is the new oil. Like oil, data is valuable, but data has to be broken down and analysed for it to have value. Railway giants such as the SNCF, Deutsche Bahn or Trenitalia, abound with hundreds of billions of data.

New operators generally do not have the resources for such datasets, as there are no large amounts of customers yet. The only weapon of the new entrants is to attack market at the level of social networks or to make a wide marketing campaign, following the example of NTV-Italo in 2012 in Italy.

National or regional missions on the one hand, the desire to keep one’s business on the other, together with a notorious indifference to internationalisation, which is not at the heart of public companies, that explains why the single ticket will remain a great dream and why it remains needed to pay a complete journey piece by piece.

If we could already line up an entire journey by a succession of QR codes rather than printing dozens of papers at home, that would already be a great step forward. 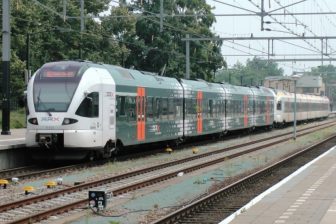