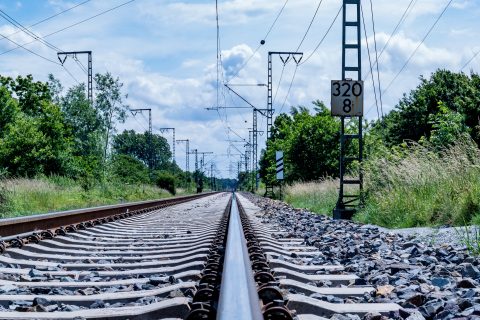 “Digitalisation in the railway sector is often about technology, such as automatic trains, ERTMS and predictive maintenance. Those are very interesting developments, but where digitisation can also play a major role are the daily operational processes”, says Rico Perdon, founder of RailApp. What are their experiences with digitisation in the rail sector?

It is often said that digitisation in the rail sector lags behind other sectors, and Rico Perdon believes this to be true. “I used to work for a telecom company, and when I first joined the rail sector I got impression that there was a lot of room for improvement when it came to digitisation.”

Perdon sees that large companies in the sector have already automated a lot of things, especially when it comes to equipment and technology. “But particularly in the operational process, a lot of things are still done manually and double. Whether it’s worksheets, schedules in Excel, lists that are downloaded, copied, pasted or even retyped several times by different departments or external parties. It is always about data. It’s a shame that so much data is literally retyped. Especially when it comes to communication between companies.”

“In the past, I have seen suppliers receive all sorts of Excel documents and PDFs from their large customers with all sorts of information, which was impossible to get through. And when it was finally clear, an hour later a whole new document would appear.” Sharing relevant information between people can be done in a much smarter way, he says. RailApp developed a platform in which the process surrounding the deployment of personnel in the railway sector is much more digital.

So digitisation in the rail sector has not yet got off the ground everywhere, does this mean that companies are not very enthusiastic about it? Perdon: “In general, companies are very enthusiastic about the concept. Many parties also see the need to digitise, but the urgency to actually start doing it is sometimes lacking. This is partly understandable, because if there are 100 projects or issues on your desk, there is always something that needs to be done right away. Improving the process can always be done tomorrow or the day after, often the short term comes first. Some companies have included digitisation as part of their strategy, and they make quicker steps in this direction.”

Building Information Modeling (BIM) is another important development in the area of digitalisation. The aim is to create a digital portal in which everyone can work and share information, across company boundaries. RailApp is also involved in part of the chain between companies, when it comes to hiring or hiring operational staff, checking whether someone has the right authorisations, but especially for the benefit of efficient communication back and forth between those involved, without any noise.

In terms of concept, it is similar to the blockchain philosophy, because parties work together and are allowed and able to see part of the information, says Perdon. Data can also be tested by each party, so that data becomes better and more reliable and less open to different interpretations. “It all has to go to ‘first time right’, which comes from the Lean Six Sigma method.”

Ultimately, every improvement in the process is an improvement for the participants on the platform and their customers. That ultimately also benefits the position of rail transport, which has to compete with other modes of transport such as via road and water. RailApp facilitates all kinds of rail-related functions, including the hiring of train drivers by rail freight companies, says Walter Brusse of RailApp. “A carrier can thus monitor very efficiently whether everyone still has the right authorisations, in order to schedule services.” It also keeps track of certificates, and which driver is allowed to drive which locomotive for which carrier, and their availability.

The aim of RailApp is to make the entire system surrounding the deployment of all kinds of own and contracted capacity run even more smoothly, so that the often scarce capacity in the railway sector can be deployed optimally. This whole system will run even smoother because RailApp plans to facilitate links with all sorts of other rail-related applications and ERP packages so that parties can operate and work together even more efficiently.