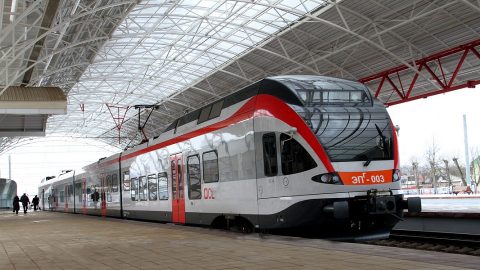 Belarusian Railway has equipped six four-car Flirt trains serving the Minsk City Lines with wireless internet. The works were carried out in February and March. The Wi-Fi service is accessible to passengers in Minsk and its suburbs that are connected with the capital by the City Lines.

The wireless connection in the city trains is free. To use the service, passengers need to be registered via a mobile phone. The customers receive an access code via SMS. The option can be used not only by Belarusian travellers but also by foreigners whose phones are in roaming. The Minsk City Lines are similar to the S-Bahn service in the German cities. They connect the country’s capital Minsk with the nearby towns of Zaslavl, Rudensk and Smolevichi. The network of the Minsk City Lines includes three lines with a total length of 67 kilometres and 17 stations.

Belarusian Railway operates 18 Flirt electric trains. They were delivered by Stadler in 2011-2015. Some of the units were assembled in Belarus at the Stadler’s facility in Fanipol, around 30 kilometres southwest from Minsk. Other 12 Flirts serve the Regional and Interregional Lines and connect the Belarusian capital with the country’s main cities.