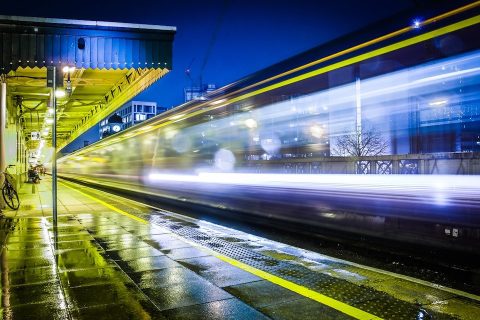 Precious little rail funding in second UK Levelling Up round

A fifty-million-pound (59 million euro) boost for metro development around Cardiff is the only substantial rail-based project announced in the second round of funding under the UK government Levelling Up agenda. Out of a total of more than 100 projects awarded a share of 2.1 billion pounds from the fund to create jobs and boost the economy, only seven have a rail infrastructure element. None of them mention freight capacity.

The Levelling Up Fund, which is a Brexit initiative to replace European Regional Development and other EU funding, has announced its second round of projects. The  agenda is intended to rebalance the UK economy and encourage better performance outside the South East and London. The scheme has been widely derided, not least for its lack of railway investment opportunities, and complete lack of any rail freight development.

Cardiff, in the south of Wales, is possibly the only place thankful for the second round of the Levelling Up Fund. The city has been awarded fifty-million pounds (59.5 million euro) to aid development of Crossrail Cardiff, a core part of the wider South Wales Metro project. This will help deliver a new line between Cardiff Bay and Cardiff Central station. This short missing link is considered essential to the city’s economic development. The nationalised Transport for Wales (TfW) is already embarked on a wholesale upgrade of the railway in Wales, including delivering a fleet of new trains.

A new railway station for Walsall in the West Midlands, as part of a twenty-million pound civic project, is the next most valuable rail-related expenditure. Okehampton in Devon will also get a new station, on the eastern edge of the town. It will be part of a 13.5 million pound (16 million euro) project called the West Devon Transport Hub. In contradiction of the stated preference for the North, Belmont station in London will benefit from over 14 million pounds (16.7 million euro) to double the frequency of trains serving a medical research centre.

Cardiff cream of the crop

There has been outrage at the awards, which required competitive bids to be prepared. Funds have been allocated to just one in five of the communities that applied. Critics claiming the funds fall far short of the European funding they replace. They also claim the process is highly politicised. Some examples receiving awards lie within the constituencies of representatives from the ruling Conservative party. More money has been allocated to communities in the so-called affluent South East, at the expense of the economically underperforming North East.

In total, just seven projects, with around 160 million pounds (190 million euro) from the total fund have even a mention of a rail element. However, the support for South Wales Metro has been welcomed as the cream of the crop. “More funding has been made available to transform the railway in Cardiff and South Wales”, said Nick Millington, Network Rail’s Wales and Borders interim route director.“This demonstrates the importance of a connected multi-modal public transport system. We look forward to working with Transport for Wales, Welsh Government and UK Government to deliver this scheme.”