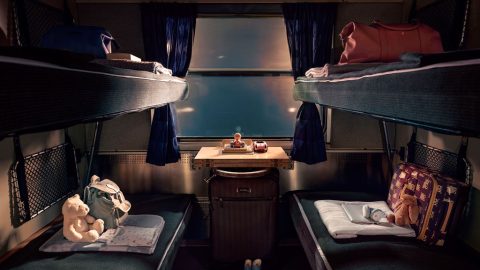 Swedish operator SJ will extend its existing EuroNight service to Berlin starting from the end of March. While it could not yet confirm all the details of the service, it did say that the problems that plagued the first night train services back in September of last year, are a thing of the past.

SJ will start running to and from Berlin from March 31, although this is still subject to confirmation. For the existing service it means that the EuroNight will no longer make use of the Hamburg Altona stop, but call at Hamburg Central instead.

Back in September, the first night trains to Hamburg faced difficulties due to a delay delay in the approval of carriages by Danish Civil Aviation and Railway Authority. As a result, the inaugural train only featured a number of couchette carriages; the sleeping compartment carriages had to be eliminated. SJ was forced to cancel booked tickets as a result. The constraints were also noticeable at a service level, with the operator only able to offer snacks and beverages.

“Since a couple of weeks we have all the permits for our sleeping cars and couchettes”, SJ said in a brief reaction, adding that once the planning stage is complete, additional details will be shared.

When ensured, low risk, thus high quality, with safe “eta”, provided for, yes, then night train is an alternative.
Currently however infrastructure is bottleneck. Vitals at railways, some now short of resiliency and other of redundancy, has left railways short of robustness, now a low quality mode.
Other modes, all as proving robust, upgrade for added load and lower costs, etc. (Track charges are high, etc… )