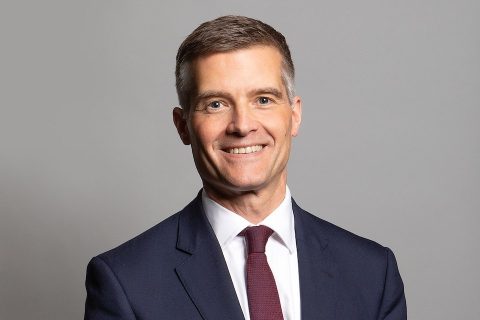 With astonishing inevitability, the appointment of a new prime minister has meant the appointment of a new transport secretary. Step up to the platform edge, Mark Harper, who returns to a ministerial post after an absence of seven years, except for a spell as the chief whip, a post that is parliamentary-speak for strong-arm enforcer in the House of Commons, who makes sure members tow the party line. That experience should stand him in good stead for what promises to be a fight for every sleeper of track laid.

Harper will expect to get a longer run at transport secretary than the seven weeks afforded to his short-lived predecessor, Anne-Marie Trevelyan. The former transport secretary had bought tickets for the trains led by deposed prime ministers Boris Johnson and Liz Truss. With Rishi Sunak rolling into Downing Street in a sinister black Range Rover on Tuesday morning, Trevelyan must have been packing her document crates into the boot of her own ministerial car, just before it was repossessed later that day. The breathless pace of change in the UK government meant her hot desk was still warm when Harper took what is literally the hot seat at 55 Horseferry Road, the headquarters of the Department for Transport.

Rail reform back on the agenda

The vanishingly short tenure of Trevelyan will go down in history as one of the shortest serving ministers in British politics. She stepped off the train from the back-benches with all the assurance of someone who misread the station name, and promptly stepped back on board to continue her journey.

Gone is Trevelyan’s plan to replace the railway bill with legislation on e-bikes and pavement parking. Her faltering appearance in front of the Transport Select Committee last week proved to be the only impartial scrutiny of her office. However, will her successor have the greater cabinet clout to fight for the finances necessary to carry forward the more ambitious parts of the railway reform bill? The major part of that proposed legislation is the politically-influenced move to replace the infrastructure management agency Network Rail with an even bigger and wider-ranging authority, nominated Great British Railways.

Make a robust case for transport

Harper has a long parliamentary career behind him. The 52-year-old politician has been the member of parliament for Forest of Dean in the west of England for 17 years, building it into one of the safest electoral constituencies for his Conservative Party. He has held several ministerial posts, including chairing the Covid Recovery Group until a few days ago. Critics have already pointed out that a qualified accountant is now in charge at the DfT, and have asked if that signals a new level of financial scrutiny is about to be applied to transport projects.

This is Harper’s first appointment directly into the transport sector. It may therefore be reasonable to expect him to apply a politically savvy attention to the role, and argue the case for the Department for Transport with all the wit that those decades of experience bring. If that translates into a robust case for transport to be at the heart of the economic economic recovery, then the rail industry can look forward to working with him and his junior ministers. That Covid recovery role, just relinquished, can do nothing but improve that perception of the value of a robust transport sector. Of note though, is the conspicuous absence of any current involvement in transport issues in his constituency. Whether that is a good or a bad thing is open to conjecture.

Success story, “Automobile era”, was start short comings, since then plaguing, Industry and clients – of railways….
Now, post Brexit: Option of a life time is present.
Benefitting of “facit”: Devastating, short comings of Commission… and of Brexit… a Goal, singular, for infrastructure of UK, now has to be carved out!
Same as, in fact, originally of EU…, Goal, singular…, should be: Nearness, to Market – by railways…by – max benefitting of ports (basics of success stories, globally)!