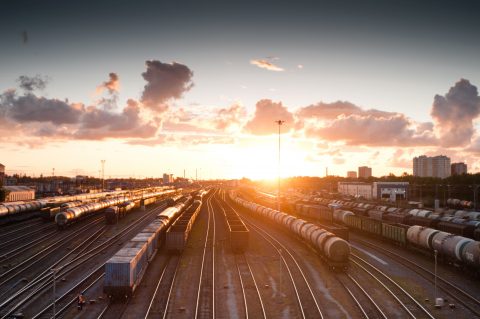 Trades unions have called off planned industrial action during the remainder of September, in a mark of respect and national unity, following the death of Her Majesty Queen Elizabeth. Action scheduled by the RMT union for next Thursday and Saturday (15 and 17 September) is cancelled, as is action planned by the drivers’ union Aslef on 15 September. A third major union, TSSA, is cancelling planned industrial action for September.

Along with the country at large, the trades union movement will be respecting the period of public mourning, following the death of the Queen. It has been announced that the United Kingdom will observe that period of public mourning until seven days have elapsed after the funeral for the Queen. The date has yet to be set for that funeral, but is likely to be in about one week’s time, after a period of lying in rest (in Edinburgh) and lying in state (in London).

Truce on the trams

Although it is likely that the unions collaborated in advance, the first to make an announcement was the RMT, the largest of those involved. “RMT joins the whole nation in paying its respects to Queen Elizabeth”, said Mick Lynch, their general secretary. “The planned railway strike action on 15 and 17 September is suspended. We express our deepest condolences to her family, friends and the country.”

Aslef, train drivers union, had called for strike action at twelve passenger train operating companies, on 15 September. That action is now cancelled. In a separate dispute, Aslef has also cancelled action on the tram system in the south of London. Earlier in the day, before the sombre news from Balmoral, ASLEF decided to suspend the three days of strike action on London Tramlink, planned for next week, following an improved pay offer from the operators.

Period of calm at the ports

TSSA, a third union involved in the disputes on the British railway network, also announced late on Thursday that it would suspend action. “Upon the news that Her Majesty Queen Elizabeth has died, TSSA union expresses deepest condolences to her family, friends, the country and those affected by her passing”, reads their official statement. “TSSA is cancelling planned industrial action for September and will be respecting the period of public mourning. The union pays respect to Britain’s longest serving monarch.”

A further union, and the largest in the UK, Unite, has maintained a dignified silence thus far. The Union, which has members across the whole of British industry, is currently involved in a long and bitter dispute with the owners of the Port of Felixstowe. The docks were halted by a strike last month, which disrupted the busy intermodal rail operations. Yesterday, again early in the day, a revised pay offer was imposed by the management, which the union says it will revert back to the membership for a decision. It seems that will now be a process by at least two extra weeks.

Other major industrial disputes have also been suspended, notably among mail workers. None of the unions involved have declared their disputes resolved. However, with a sense of proportion and dignity, all have agreed that resolving their issues can wait.