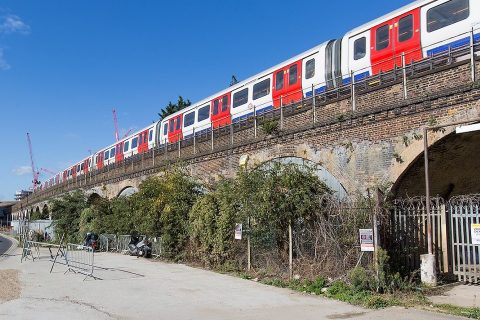 Transport for London, the body that manages public transport in the capital, has secured a last-minute deal with the UK government. A package of funding will guarantee passenger revenue until March 2024, giving TfL some certainty of available resources, despite the ongoing uncertainty in passenger behaviour in the post-pandemic era.

Despite a partial recovery in passenger numbers since the lifting of pandemic restrictions, TfL has been running on financial reserves. However, the settlement agreed with Westminster changes all that. With only a matter of days left in the coffers, the funding package will keep the trains running and the buses rolling. It will also allow TfL to complete contacted projects to upgrade the transport infrastructure around the city. The deal amounts to 1.2 billion pounds (1.5 billion euros).

TfL hung their funding argument on the national importance of maintaining a functioning public transport network in London. “After weeks of negotiation, we reached agreement with [the UK] government on a funding settlement until 31 March 2024”, said Andy Byford, the commissioner of Transport for London. “This means that we can now get on with the job of supporting London’s recovery from the pandemic – to the benefit of the whole country. There is no UK recovery without a London recovery, and no London recovery without a properly funded transport network.”

TfL says the funding package will allow the delivery of committed transport investment, including purchasing new trains for the Piccadilly line and for the Docklands Light Railway. It will also be able to complete in-progress schemes, including the on-going Four Lines Modernisation (4LM – the sub-surface lines of the Circle, District, Hammersmith & City, and Metropolitan lines); the upgrade to Bank station – one of the biggest and busiest stations on the network; and upgrades to several other transport assets.

Not the deal that TfL wanted

However, the financial settlement has not been universally greeted with enthusiasm. TSSA, the biggest union for TfL staff, has reacted with “concern and anger” to the deal. The union says it will force TfL to make hundreds of millions of pounds of new cuts over the duration of the settlement period. The union says the terms include an attack on staff pensions and real terms pay cuts for staff. In a statement from the union, they say funding for capital projects is extremely limited, with government exerting strict control over which projects must go ahead – such as the controversial Silvertown Tunnel, a road project connecting east London and Greenwich.

TSSA claim that Andy Byford, the TfL commissioner, has admitted that this is not the deal that TfL wanted, but said that it was this deal or no deal, with TfL facing down the barrel of bankruptcy and direct government control. TSSA believes TfL is not clear of the “managed decline” scenario which was a possible outcome on the table. Byford refutes that, but says TfL still faces a series of tough choices. “London will move away from the managed decline of the transport network. We are grateful for the support of both the mayor [of London, Sadiq Khan] and the government as we now set out to continue serving the capital and investing in safe and reliable services for the millions of people who need them.”