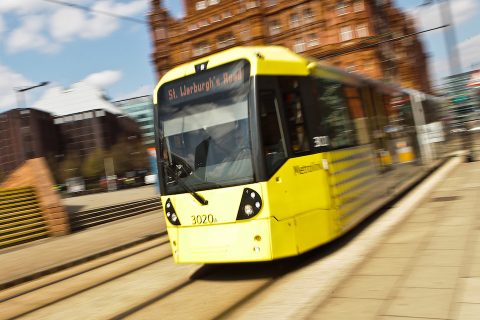 Nationalised or regulated: London and Manchester at odds over public transport

Sadiq Khan, the London mayor, has warned that relinquishing control of the capital’s public transport may be the only way to save it from collapse. Meanwhile his fellow mayor in Manchester, Andy Burnham, has said the opposite. Bringing the network in north west England under the administration of the local authority could be the only way to revive its fortunes and save it from a similar collapse.

London, Britain’s largest metropolitan area, and Manchester, the self-styled second city, have very different views about the future of public transport. Khan’s capital contention and Burnham’s Mancunian way appear to be at opposite ends of the socialist spectrum. Those leaders may seem to be at odds with each other, but there is very much more to this Dickensian feud, in this very modern tale of two cities.

Since the pandemic punched a gaping hole in the ridership of London’s passenger transport network, the finances of the system have been sinking. Set aside the many high-profile schemes that were already contracted, and London’s trains, trams and buses have only kept running with repeated UK government intervention. It is a scenario that central government is no longer willing to underwrite, without radical changes to the administration of the network.

Those changes almost inevitably mean significant cuts in service, and that’s something Mayor Khan is unwilling to contemplate. The radical, and unpalatable consequence would be relinquishing control of Transport for London (TfL) and handing keys over to Westminster (ironically a short ride on the Underground). In effect, the UK government would become the operator of last resort, in a move similar to the administration imposed on failed national rail network operators.

The world’s most versatile public transport

Londoners have a lot to lose if their network is subject to unsympathetic financial constraint from a central government more concerned about making the national books balance. They may moan about their options for moving around the capital, but their seamless ease of transit is the envy of the world. The Underground may not have the planned efficiency of the Paris Metro, nor the uniform Chinese modernity of the Nanning Rail Transit, nor the versatility of Budapest’s trolley buses, but the overall integration of TfL transport modes is something taken for granted in all of London’s 33 administrative boroughs.

Ease and affordability of payment has become second nature to Londoners. The city’s Oyster card has matured over the years into one of the world’s most versatile public transport schemes. It is so popular that there are more Oyster cards in the UK than there are people. While not valid nationally, like the Dutch OV-Chipkaart, the card covers almost every mode of transport, and an area of Greater London sufficient for almost all of the needs of almost all of the entire population of the capital. Even visitors to the capital can enjoy the same ease of movement with most contactless cards accepted on the same terms.

That level of ease and affordability is envied no more keenly than in Greater Manchester, a land area of comparable size, albeit supporting only about half the population of London. Mayor Andy Burnham has long campaigned that poor public transport in the region has been a major economic handicap. Principally, he argues, that the fragmented nature of the network is to blame. There is a degree of collaboration between the national rail operators (principally the sprawling Northern Rail network) and the local authority’s highly successful Metrolink tram network. However, the buses which are the only available mode for many communities, are completely deregulated and run on a commercial basis.

Burnham believes that bringing bus services into local authority control, for the first time in over a generation, is the critical first step in unlocking that unrealised economic potential of the region. Remarkably, he seems on the cusp of winning that battle. From September, bus fares will carry a daily cap, and a rolling programme of integration will eventually see the industrious bee – a symbol synonymous with the city’s manufacturing heritage – resplendent on public transport throughout the ten administrative boroughs.

What represents the worst of times for London could be the best of times for Manchester. The dichotomy reflects their differing starting positions. London’s journey to an integrated transit system has been a decades-long crusade. Now, everything from a gondola above the Thames to a river ferry ride upon it is included in the network, and all payable on a single ticketing system, with a capped daily charge.

Using public transport in Manchester remains fragmented, and in many cases more expensive than London. A Manchester Traincard offers good value, and access to city centre tram services, but no integration with buses. There’s no gondola over the River Irwell either – but few Mancunians are mournful of that. In short, Manchester wants what London has and, in the same way as the world has learned from the capital’s pioneering position, Manchester is taking careful note. Burnham has no wish to follow Khan, cap in hand, asking please Sir, for some more.

1 comment op “Nationalised or regulated: London and Manchester at odds over public transport”

Operate the Circle Line with steam locomotives and slam-door carriages, and TFL’s revenue will double within a few days.