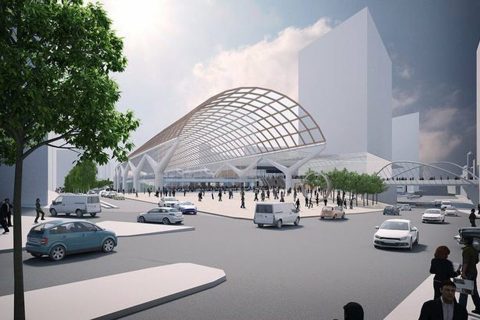 The company formed to build Britain’s high speed rail network has acquired a second major development site in central Manchester. The purchases are said to pave the way for the development of the dedicated HS2 Manchester terminal, despite civic leaders’ opposition. HS2 Ltd has reached an agreement with Bruntwood, one of the UK’s leading property providers, to purchase Square One on Travis Street in readiness for construction of Manchester’s brand new high speed railway station.

The sale marks HS2’s second major property acquisition in the city centre in just over 12 months, following its purchase of a car park site on nearby Store Street in April 2021. Both sites have been purchased by HS2, on behalf of the UK government’s Department for Transport. It is unclear if either site is directly on the proposed route of the high speed lines, and neither is in the immediate vicinity of the former Mayfield Station, which has been previously proposed as the site of the new terminal. Notably, Square One is currently the regional headquarters of Network Rail.

Criticism of the plans

Despite formal opposition from the local authority, plans are moving forward to build a surface station in central Manchester for termination HS2 services, when eventually built, sometime in a five year window between 2035 and 2040. HS2 Limited, the company formed to build the project, is pressing ahead with plans for a six platform station at surface level, allowing passengers to access both HS2 and future Northern Powerhouse Rail (NPR) services – scheme which has been cast in doubt by government revisions to rail development plans for the north of England. The plans also include provision for a new four platform Metrolink station beneath the HS2 station.

However, as reported locally, civic leaders across Greater Manchester have united in criticism of the plans, saying that they would prefer to have the entire HS2 project build underground. They say the surface level station would require extensive and intrusive viaducts to be built across the east of the city, and severely disrupt the Manchester Metrolink tram network during the construction phase. The Greater Manchester Combined Authority (GMCA) and Transport for Greater Manchester (TfGM) have agreed to formally petition against parts of the HS2 proposal.

HS2 however is bullish about the project and their plans. Not surprisingly they say they have government backing. “Following submission of the Bill earlier this year, seeking powers to construct and operate the railway between Crewe and Manchester, this acquisition represents another major milestone in our programme to bring high speed rail to the North”, said Ruth Todd, their Chief Commercial Officer.“HS2’s purchase of Square One is a vote of confidence for investors locally and internationally to leverage the wider regeneration potential of the surrounding area, knowing that Manchester is set to become so brilliantly connected.” 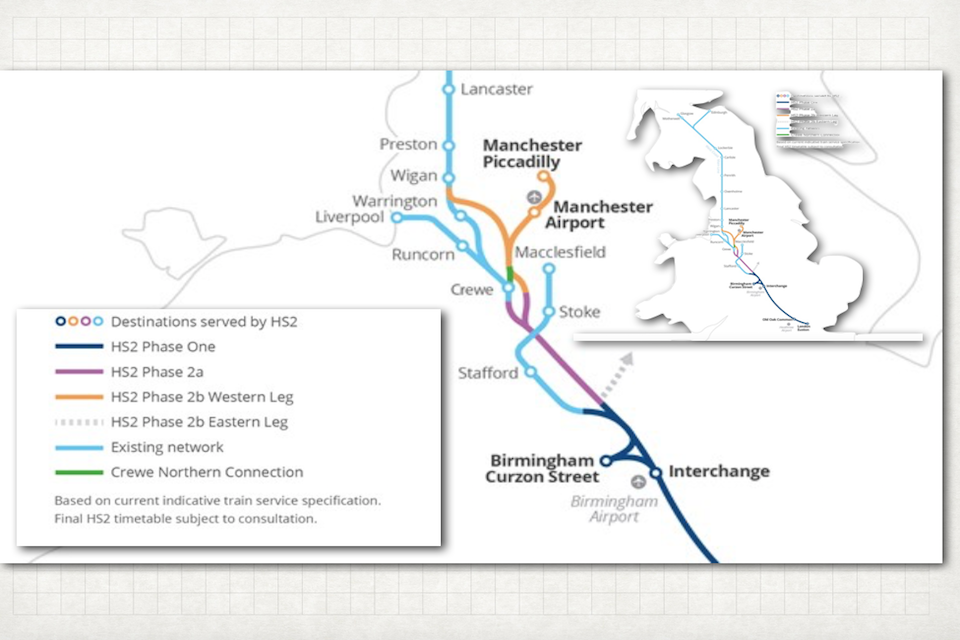 The site, and the overall HS2 development is adjacent to the existing passenger terminal on the south side of central Manchster. The company says that a large proportion of the area surrounding Piccadilly station is underdeveloped, making it a prime location for investment in new commercial space, housing and public realm. “Investment would see businesses, residents and visitors benefit from a 41 minute connection to Birmingham on HS2 (a 46-minute saving), with direct services from London Euston set to more than halve, cutting one hour and 12 minutes off the current fastest journey time”, says their statement.

Bruntwood, who sold the Square One site to HS2, has already set out its ambition to use the proceeds to continue investing in the UK’s regional centres. “After 15 years under Bruntwood stewardship, we have agreed to the sale of Square One and the land surrounding it to HS2 in advance of a formal compulsory purchase process”, said Pete Bearpark, Asset Management Director at Bruntwood.

However, the company was discrete to avoid mentioning that the former Royal Mail Parcelforce railway parcels depot had been extensively redeveloped in that time, and currently serves as regional offices for Network Rail, the UK’s infrastructure management agency.

Early works supporting construction of HS2 is now calling the new Piccadilly High Speed Station are not forecast to commence until at least 2025. HS2 says it has “agreed leasehold terms with Square One’s existing tenants (believed to be Network Rail) to enable them to remain in situ until the site is required.”