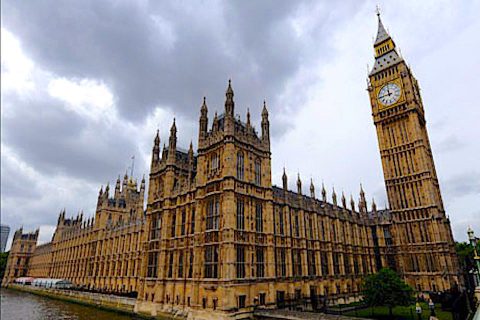 Prince Charles, the next in line to the British Throne, earlier on Monday delivered the “Queen’s Speech”, the formal reading to the British Parliament of the forthcoming agenda of legislation to be debated and introduced in the coming session of parliament, which begins today (10 May). Of the 38 bills carried forward and introduced, the most directly relevant to this industry was the formal command to dissolve Network Rail and legislate for the formation of Great British Railways, the new over-arching management agency for the network and much of the passenger operations throughout England, Wales and Scotland.

Constitutional attention has concentrated on the deferment by Queen Elizabeth II to her son, Prince Charles, to make the short journey from Buckingham Palace to the Palace of Westminster. Only once since her accession in 1952, has the Queen not made this appointment with her parliamentary representatives. The heir to the throne delivered the speech for the first time – a duty he will surely soon undertake in office as Charles III. Nevertheless, it may be taken as prophetic that widely reported mobility issues prevented the 96-year old monarch from ushering in a modern nationalisation programme, almost as wide in scope as that introduced only shortly before her coronation.

As a matter of constitutional governance, the Queen’s Speech is a document drawn up by the government and delivered by the monarch. In principle, the crown gives its approval by reading the document in the presence of “Her Majesty’s Government”. In the highly-formalised language of the ceremony, Prince Charles, acting for his mother, made only high-level instructions to the government. Reference to specific bodies is generally not made.

The disarmingly short speech – less than fifteen minutes – instructed legislation to be brought forward to improve transport across the UK delivers safer cleaner services, and to modernise rail services. “Her Majesty’s Government will improve transport across the United Kingdom, delivering safer, cleaner services and enabling more innovation”, said the Prince. “Legislation will be introduced to modernise rail services and improve reliability for passengers. “A “Bill will be brought forward to drive local growth, empowering local leaders to regenerate their areas, and ensuring everyone can share in the United Kingdom’s success.”

The formalisation of Great British Railways

As a result of the Speech, a transport bill, will be laid before parliament, debating the formal legislation to establish Great British Railways. Whilst not a foregone conclusion, the matter of railway reform will go ahead, albeit with the substantial formality of parliamentary debate. In practice the primary part of the bill will be the formalisation of Great British Railways.

The arcane relationship between the UK parliament and the UK Monarchy allows the ‘commons’ licence to pursue its agenda in advance of the Queen’s Speech. Last year, in the slightly less regal person of Transport Secretary Grant Shapps, it able to announce the major recommendations of the report he commissioned, “The Future of Britain’s railways: Williams-Shapps Plan for Rail”. That report sealed the fate of the infrastructure management agency Network Rail and the franchised passenger operations, to be replaced by Great British Railways, a body with wider powers and a series of management concessions.

Further legislation introduced, of immediate relevance to the rail industry, included measures to secure cleaner, cheaper energy – a point not lost on rial operators who have faced steeply rising costs, regardless of their mode of locomotion. Planning reform will make it possible for a simplification of procedures – which may make the modernisation of the UK freight terminal portfolio easier, and may even ease the way for the construction of HS2 (albeit this legislation will not be voted through any time soon).

Levelling up legislation – a catch-all for favouring economic investment in the north of England – may also provide impetus for much-needed modernisation and upgrading of transport infrastructure outside the financially overheated London and the South East. If all that seems like the stuff of the magic money tree – there was legislation to wave the magic wand on that too. There will, says the Speech, be legislation to establish a UK Infrastructure Bank. As befits his position, Charles has commanded a treasure chest filled with a princely sum indeed.

Simply, capacity has to be added, at existing railway lines! Utilisation of assets as well – and punctionality!
A New Old Railway, urgently now is requested! Goal of EU membership, nearness to and within hemisphere, shall remain!…
(BREXIT was a symtom, now duly to attend!)
No more, elderly, “state of the art”, is sufficient. Now constructed shall be with “height” for added load (70.000 pound axial load) and added speed, etc.