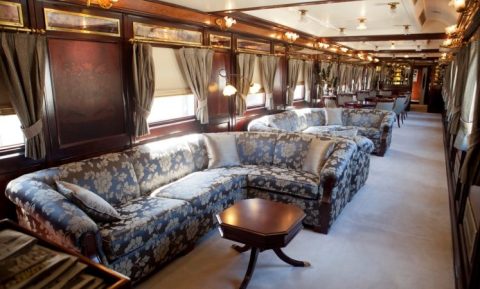 Renfe over the weekend resumed its seasonal tourist train services, having skipped 2020 and 2021 due to the COVID-19 pandemic. The Spanish operator marked the occasion with the introduction of a new luxury sleeper train, the Costa Verde Express.

The Costa Verde Express runs between Bilbao and Santiago de Compostela through November and is to be considered the new crown jewel in Renfe’s luxury train offers. The service takes 6 days and 5 nights across the north of Spain, and draws on lessons learned from the other high-end sleeper trains: the El Transcantábrico Gran Lujo, the Al Ándalus and the Expreso de la Robla.

The Al Ándalus is the evergreen in Renfe’s portfolio, dating back to 1985. The 7-day-journey begins and starts in Sevilla and includes a guided tour of the city. The train calls at a number of quintessential Andalusian towns, such as Jerez, Cádiz and Córdoba. The service is available from June through October.

The Expreso de la Robla sets itself apart in that it takes travellers across Spain’s industrial age narrow-gauge lines. Renfe offers two routes: the Ruta de la Robla between León and Bilbao on the one hand, the Pilgrim’s route on the other. The latter service departs and arrives in Oviedo. It will be available on selected dates in August. The Ruta de la Robla can be enjoyed between June and October.

Finally, Renfe aims to organise 13 one-day thematic railway journeys, such as the Medieval Train between Madrid and Sigüenza or a special wine train.