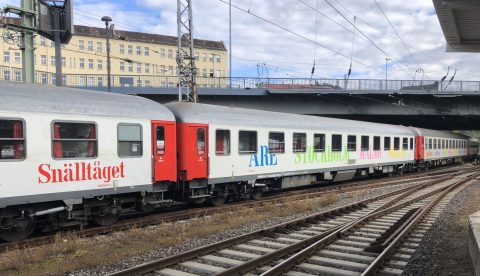 New operators and the difficulties to obtain rolling stock

Published on 23-12-2022 at 07:00
The market for second-hand rolling stock is a difficult one.Frédéric de Kemmeter

The European Sleeper night train service should finally start in 2023. The Dutch company is close to securing sufficient suitable rolling stock. This brings us to an observation about the sector.

In the years 2010-2012, at the very beginning of the liberalisation of long-distance services, it seemed that the new operators would obtain rolling stock even before they announce their services.

This was the case for RegioJet, Leo-Express, MTRX, WESTbahn, Veolia Transport (now Transdev) and NTV-Italo. Four of these companies purchased new rolling stock, while RegioJet or Veolia acquired older rolling stock sold by other incumbents. Mainline cars in particular have been available in large numbers since many train services were transformed into high-speed services, as was the case in Germany, France and Italy.

There are, however, great differences in approach between countries. In Germany and Austria, there are official websites that offer to sell old rolling stock rather than scrap it. A real second-hand market has developed in these countries. This is not the case in Belgium or France.

Candidates who manage to do it all the same

The German second-hand market has enabled entrepreneurs such as the Czech RegioJet, the Swedish Snälltåget or Urlaub Express to acquire old Deutsche Bahn rolling stock and train sets to launch their commercial operations.

But one difficulty is to get sleeping cars, which are often quite luxurious. This type of rolling stock is now difficult to obtain, ironically because there was too little demand for a while. Most of the wagens were built in the 1960’s and 1970’s, but even as late as the 2000’s there were new sleeping cars called Comfortline (type 173.1).

Many sleeping cars were bought by the ÖBB for their Nightjet services, so that there are hardly any of them left on the market today. And operators in Eastern Europe operate them for their own account.

As for the 88 T2 sleeping cars that used to run on the SNCF, some of them were sold to distant countries, while others were simply scrapped.

In Sweden, state operator SJ had to turn to RDC Deutschland for its new Stockholm-Hamburg night train, which got off to a slow start last September. A further difficulty arose when the Danish administration did not immediately authorise the sleeping cars, even though they had been notified as UIC-compliant.

Another Swedish company, Snälltåget (Transdev group), did succeed in acquiring German couchettes cars, allowing it to operate a night train between Stockholm and Berlin.

Flixtrain also had problems with its cars. The company had to change its policy and rebuild the cars that it had rented from a supplier via a leasing company (Railpool).

How to acquire rolling stock?

The acquisition of rolling stock on the mainline market suffers from an undeniable shortage, due to the fact that manufacturers prefer above all regional self-propelled trains, a much more profitable segment than the niche market of a few alternative operators.

In order to cope with the difficulties of acquiring rolling stock, it would be wise for leasing companies to have modern fleets to offer. The problem is that leasing companies need a high demand for passenger cars if they are to attempt to build up large stocks.

There are probably not enough candidate operators to make a fleet of new cars profitable. Some operators prefer to obtain EMUs rather than pulled train sets; like Leo-Express, MTRX or WESTbahn.

And it is true that for the last 30 years, it is EMUs that have dominated the manufacturers’ catalogs, because the demand is there for this these types of trains.

We still need to find a viable solution or to encourage new entrants to acquire multiple units rather than locomotive-drawn train sets.