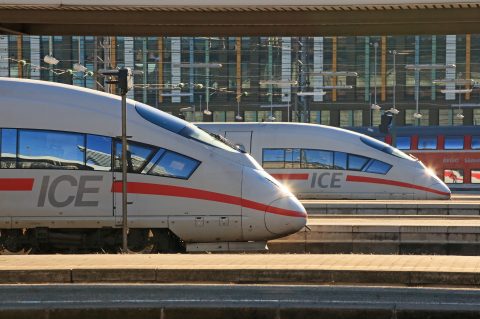 Following a call for tenders of Deutsche Bahn (DB), Siemens and Alstom will each develop a mutually independent vehicle concept together with DB. When the concept development is completed, a further tender is expected to follow in the second half of 2023. This will then include the development, construction and approval of the new fleet and will be open to other manufacturers.

The new generation of ICE trains is expected to be in service from the early 2030s, replacing older ICE 3 trains as well as expanding the current ICE fleet in view of rapidly growing passenger numbers. The new ICE trains for the German railways will be single-deck trains with a maximum length of 400 metres with a speed of at least 300 kilometres per hour.  The trains should seat around 950 passengers, and set new standards in terms of energy efficiency and technical availability, according to DB.

Deutsche Bahn has not yet announced a name for the new ICE trains which will be developed. Currently, there are multiple types of of the Intercity Express trains in operation, including the ICE 1, ICE 2, ICE 3, ICE 3M and the ICE 4, the latter being in service since 2017. The first regularly scheduled ICE trains in Germany started running in 1991.

An updated version of the ICE3 called ICE3neo by DB was developed by Siemens, who refers to them as Velaro MS trains. Currently, 73 of these trains are ordered by Deutsche Bahn, and the first vehicles are expected to enter into service by the end of this year. With the ICE 3neo, the ICE fleet of DB will grow to a total of about 450 trains by the end of the decade. A version called the ICE L, which stands for low-floor, has been ordered at Spanish manufacturer Talgo, and should enter operation in 2023.

Hm…,
300 km/h, at infrastructure, at standards…, already proven, not optimal, has to be costly, very costly…, for IM, for operators, for clients – and for taxpayers.
(“Optimal maintenance”, current mantra, tells about too costly disturbing – by infrastructure – that is not optimal,,.)
For max utilisation of investments made and to be made, at infrastructure, the needed shift urgently should start.
If not before 2030, within a 10 year period, Shift can be completed – and paid for…