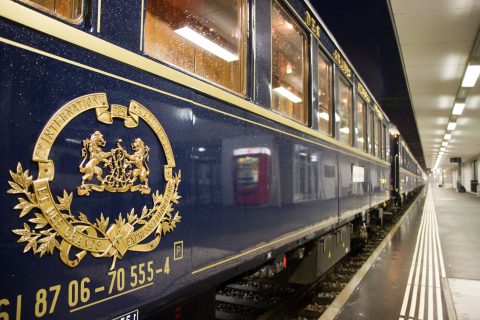 Istanbul welcomed the legendary Orient Express on Thursday. The Venice Simplon-Orient-Express, offered by travel company Belmond, runs once a year between Istanbul and Paris.

The Venice Simplon-Orient-Express uses the original Compagnie internationale des wagons-lits carriages, thus fully recreating the extravagant experience that was the Orient Express. This is reflected in the ticket prices, which this year started at 17,500 pounds per person or more than 20,000 euros.

The train, comprising nine sleeping wagons, two lounge carriages and three wagons for dining, will leave Istanbul later on Friday to return to Paris via Bucharest, Budapest and Vienna.

The month of May marked 45 years since the arrival of the last Orient Express at Sirkeci Station in Istanbul. The city was first added as a destination in 1885, two years after the Orient Express’ first journey. It remained the quintessential terminus in the collective memory, even through it was scrapped as a destination in 1977. Trains continued to run under the same legendary name until well into 2009.