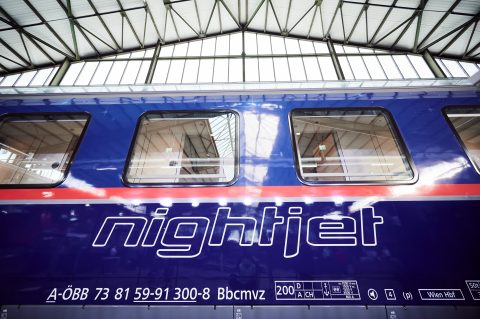 The two railway companies want to connect 13 European cities overnight via rail in the coming years and increase the number of travellers to 3 million annually by 2026.

“It is not only important to include new destinations in our European sleeper train network, but also to offer modern and comfortable night trains. With the Nightjet upgrade programme, we transform conventional coaches into modern, multifunctional couchette cars”, ÖBB Sabine Stock said.

The improvements to the cars range from free WiFi and USB sockets to an electronic access system using NFC cards. In newly designed cars there will also be room for three bicycles. For travellers with reduced mobility there will be a barrier-free compartment in each coach. The toilet will also be more easily accessible.

In the four-seater compartments for families there will now be a space for prams. The compartment themselves, which include fixed beds, have also been given a make over.

Companies offering sleeper train services, especially startups like European Sleeper and GreenCityTrip, face difficulties in acquiring or sourcing appropriate rolling stock. The underlying issue is that there has been insufficient investment in sleeper train rolling stock over the past decades, causing a shortage. The second-hand market is equally challenged.