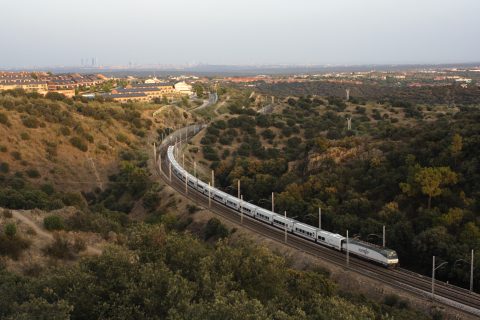 The two-year deal, facilitated by the Investment Office of the Presidency of the Republic of Turkey, calls for the lease of two train sets, comprising 20 Talgo VII Series carriages each. While maintenance will be carried out by Sun Tren, the company is in talks to involve Talgo as well. Due to the high costs associated with new rolling stock, startup companies and other new ventures almost always have to lease rolling stock or revert to the second hand market.

The Cappadocia Express is the brainchild of Japanese travel group HIS, HIS Turkey and Sun Tren. The service to one of Turkey’s top tourist destinations is envisioned as a five-star experience on rails. According to Renfe, the train sets to be leased feature private cabins with beds, a toilet, shower and television.

The Cappadocia Express is expected to make some 300 runs per year between Istanbul and Kayseri, the major city closest to Cappadocia. The world heritage site is one of Turkey’s top tourist destinations. In 2019, the site welcomed a record number of 3,7 million visitors.

Operator Sun Tren is the first private railway venture in Turkey following the liberalisation of the country’s railway market. It obtained its operating license in December 2020. Setting up the Cappadocia Express reportedly called for an initial investment of 40 million euros.

The leasing agreement between Renfe and Sun Tren includes an option for renewal. The Spanish operator also does not rule out long-term cooperation. One of the ideas being floated is the joint operation of rolling stock. Renfe views the deal as a stepping stone for other activities in the Turkish market. The country’s ongoing rollout of new high-speed lines is of particular interest, Renfe said.

A few years ago, Renfe entered another nascent railway market – Saudi Arabia – for similar reasons. Currently, Renfe is the largest shareholder in the consortium that co-manages the Haramain high-speed train (HHR) linking Mecca and Medina. It also has a local subsidiary in Renfe KSA.